Articles
The Voice
The Election of the Middle Class 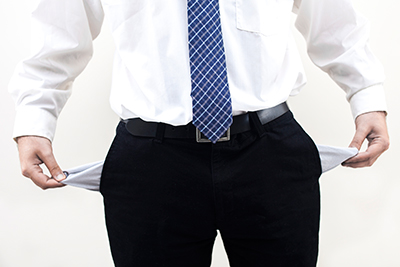 Canada’s longest election campaign in history is (finally) in its final days. And if you’ve followed any of the campaigns or debates that have taken place, chances are, you’ve heard a lot about the middle class. I sure have. In the beginning of August, National Post writers had already heard so much about the middle class that the Post’s Full Briefing newsletter “Debate Night Drinking Game” suggested viewers of the Maclean’s debate “take a drink when any leader mentions the words ’middle class.’”

While I’m glad that Canadian politicians, and particularly the Liberal and New Democratic parties, are focused on moving benefits from the wealthiest people in Canada to people of more moderate means, I find this heavy focus on the middle class to be a challenge when it comes to casting my ballot.

Because I am not one of those who struggles with middle class issues. I am Canada’s hidden poverty problem. I am the working poor.

In my entire adult life, I have never seen the right side of the LICO ? the Low Income Cut Off, which Statistics Canada defines as the threshold “below which a family will likely devote a larger share of its income on the necessities of food, shelter and clothing than the average family.” That’s a complicated way of saying that those of us below the LICO spend the vast majority, if not all, of our money on things that are necessary, and have little, if any, left for things that are extra.

Over the past ten years, I’ve worked incredibly hard as full-time parent, first while trapped in an abusive relationship, and subsequently, while on my own. I have worked hard to be able to finish my post-secondary credentials. I’ve worked hard at my full-time employment, which I’ve been lucky has been fairly flexible around my children’s schedules. And I’ve worked hard as a volunteer for social services organizations that aim to make my corner of the world a better place.

But despite all of my hard work, I am no further ahead now than I was ten years ago, except in terms of education and experience. My financial situation is worse, because the small raises I’ve achieved at work do not come near balancing out the tens of thousands of dollars of student loan debt I’ve incurred. Believing that hard work and a good education will secure your future is, in my experience, about as reasonable as believing that eating an apple a day will prevent you from necessitating the services of a physician in perpetuity.

So as I go to the ballot-box this coming Monday, I’m faced with a number of candidates who all say they want to make life more fair for Canadians. At the same time, however, the parties these candidates belong to are all focusing on solving the problems of people whose income level I can only hope to one day attain.

I believe that to build a better Canada, our government needs to be committed to the best interests of all Canadians. Whichever party forms government after October 19th needs to remember that it is not only the middle class that they serve ? but also those of us whose hope and hard work has not yet enabled us to cross the poverty line.