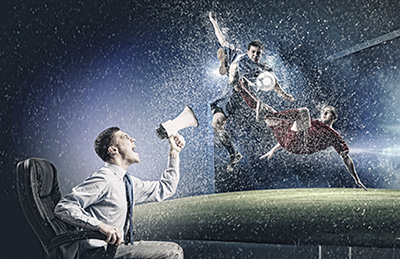 There is a sudden flurry of activity in sports just lately. Suddenly people are discovering that they really like watching baseball games, and the new hockey and football seasons are also underway. But, for people who want to participate in sports without playing, fantasy sports leagues and sports card trading might be an alternative.

Fantasy sports leagues consist of players, called league owners, or commissioners, who assemble a list of pro-athletes from across the chosen league to represent their team and then compete against other fantasy teams by comparing the real-life game statistics of their choices with those of the other players. Tallying the statistics is made easier now, thanks to computer technology, but it is not a new phenomenon, and can be done by hand. The first leagues were created in the 1940s and 50s starting with Major League Baseball as a table card game called “rotisserie.”, or “roto” for short. Other card games for other sports soon followed which led to development of fantasy sports leagues in their current form. They suffered a lull in popularity until the 1980s and 90s, when newspapers and magazines began offering fantasy sports leagues complete with prizes for the winners. But these paper-based leagues fell out of favour due to the rise of the Internet.

Fantasy sports leagues have taken a more sinister turn in recent years. What began as a bit of harmless fun are now often used as a method for online gambling. A billion-dollar industry, these for-profit leagues have been prohibited, or severely regulated, in many American states, and have been the subject of police investigations because they can be rigged.

But it is not difficult to start your own for-fun league among friends and co-workers. There are lots of instructions and forums on the Internet, including ways to customize your league. Or, it is easy to join an online league that others have started. Each has their own different rules and levels of commitment and some require an entry fee to join, so it is best to research to find the league that best fits your requirements and comfort level.

Another way to become involved in sports is to become a sports card collector. Many grown-up kids of a certain age remember buying hockey cards from a corner store, each complete with a sliver of pink gum that went stale in ten seconds flat. Sports cards have always had an air of nostalgia, but, in the early 1980s, the collectible sports card market exploded. Dedicated shops opened up and there were trade shows that specifically catered to the collectible market. No longer were cards dumped in a drawer or carried around in school bags and jeans pockets. They were treated with gloved fingers and placed in special acid-free albums and cases.

The peak of the sports card fad fizzled out in the 1990s but collecting and trading cards remains big business. The cost of a pack of cards is no longer a dime (and the ubiquitous gum has been mostly discontinued) but there are still lots of aficionados and serious collectors. Rare cards still go for hundreds, if not thousands, of dollars at auction. There are still card shops and trade shows, but many collectors do it more for the love of collecting, not as an investment opportunity.

If you think you’d like to get involved with sports card collecting, don’t think that all the good cards have been scooped up and you don’t have a chance. Many great cards turn up at yard sales and in flea markets. Ebay is also a good source for cards. You can build a collection on what interests you rather than what you think will make money. Limit yourself to a budget and don’t aim to collect absolutely everything. There are lots of Internet forums and collectors guides to provide advice.

These two activities are a great bridge between simply watching sports on television and actually getting out and playing them!

Carla and her family has recently purchased her first telescope for stargazing. However, they have been frustrated by the cantankerous Calgary weather! 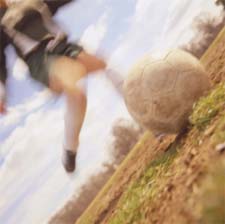