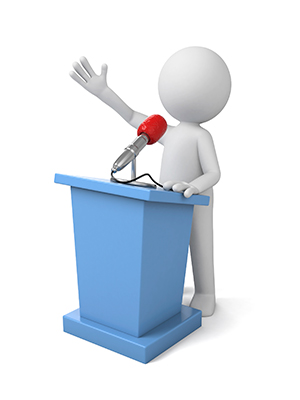 Would you rather die than get up in front of an audience and give a speech? If so, I have both good news and bad news. The good news is that giving a speech won’t actually kill you. The bad news? Tthe only way to gain enough confidence to give a speech is, unfortunately, to give speeches.

I recently attended my first?and second?meeting with two local Toastmasters groups. I don’t feel nervous about public speaking?well, maybe a teensy bit?but I want to improve my ability to organize my thoughts before I verbalize them. Toastmasters seemed like the best choice.

Toastmasters is a worldwide organization devoted to helping people improve their speaking skills. Toastmasters provides a supportive environment that encourages its members to develop skills in communication, leadership, and meeting management. There are over 15,000 clubs in 135 countries. Canada boasts over 500 Toastmasters clubs in ten provinces or territories.

Each club develops its own culture while still following the basic Toastmasters structure. Most clubs are open to the public, but some are restricted (to employees of a company, for example.) Prospective members are encouraged to visit several clubs before deciding upon membership. I decided to attend the meetings of two local clubs as a guest.

If I had felt the slightest nervousness about attending a Toastmasters meeting, my anxiety would have melted at the door. I found the members of both Toastmasters groups instantly welcoming and comfortable. One of the skills Toastmasters acquire is how to put others at ease, and that includes guests. Before the meeting began, most members introduced themselves and warmly welcomed me to their meeting.

Guests at a Toastmasters meeting are not required to speak unless they want to. Guests can chose to observe only, but participation is welcome, too. At one club’s meeting, guests were invited to introduce themselves briefly (but could choose not to if they felt nervous about speaking.) At the other club’s meeting, members and guests alike were invited to give impromptu 2-minute speeches during the Table Topics segment?and I did.

Toastmaster meetings are highly structured. At first I thought the structure seemed overly formal, but by the end of the meeting I realized that each element of the meeting was designed to improve different skills. Each member has the opportunity to participate by organizing the meeting’s agenda, chairing the meeting, introducing speakers, giving a rehearsed or impromptu speech, evaluating speakers and organizers, or timing speeches. There is even a designated “Ah” counter, whose role is to count the number of crutch words?ah and um for example?that other members used during the meeting. The roles rotate so that each member builds skills in all areas of meeting management as well as communication.

The atmosphere at both Toastmasters club meetings I attended was one of positive encouragement and friendly support. At Toastmasters, all feedback to speakers must be given using positive language?another valuable, if difficult, skill to master.

I’m looking forward to my next Toastmasters meeting. Once I decide which club is for me, I plan to become a Toastmasters member. Members progress through the Toastmasters program at their own pace, achieving milestones and valuable skills along the way.

Public speaking isn’t fatal. If you don’t believe me, I encourage you to attend a Toastmasters meeting and discover for yourself how easy it is to master your fear. You can find more information on Toastmasters, including information on club meetings, at http://www.toastmasters.org/. 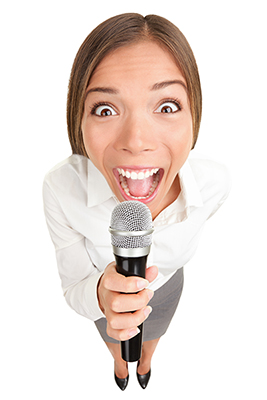