Columns
The Voice
The Mindful Bard – 20,000 Days on Earth 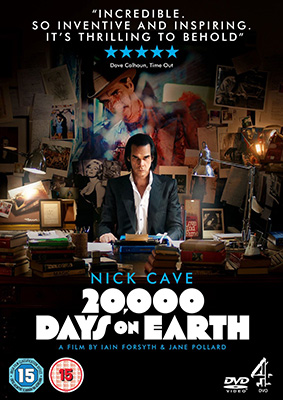 “In the end, I’m not interested in what I fully understand.”
– Nick Cave

This is a documentary about a day in the life of iconic performer and composer Nick Cave, starting with a multi-screen pre-dawn dream sequence (where his life appears to flash before his sleeping eyes) and ending with an impassioned stage performance of songs from his 15th studio album, Push the Sky Away.

Anyone who came of age during the eighties and who was actually paying attention to the bracing changes taking place in pop culture back then will remember the lanky, elegantly nihilist persona of Nick Cave, the singer-songwriter who made appearances in many independent films and composed numerous soundtracks.

But he was more of a muse for the era than the era was for him, and his art was certainly not circumscribed by any of the trends of that time. On the contrary, Nick Cave and the Bad Seeds helped define the aesthetic of the eighties by setting a precedent for a kind of brooding introspection that was part of a timeless tradition. Such an aesthetic would have been as much at home among the symboliste poets of La Belle Epoque as it was in 1985, and is as relevant today as it ever was.

What we mindful bards need to know, of course, are the secrets of Cave’s creative process, his inspiration, and his theories of art. This film serves up all that with a cheerful readiness.

Cave types out his song lyrics on an old manual typewriter whose working sound is music in itself, rich in archaic key slaps and end-of-line dings. He then takes his typed lyrics to the studio and tries putting chords to them, aided by his collaborator and bosom buddy, Warren Ellis.

The two of them enjoy a fruitful creative relationship that even makes use of the discussions they have during social visits. A case in point: While visiting at Warren’s house for lunch (Warren serves him eels) Nick reminds him of a time they shared the stage with Nina Simone, whose presence was phenomenal, to put it mildly. Nick remembers Nina glaring at the audience, sitting down at the piano, removing her chewing gum, and sticking it to the piano before delivering an incredible performance.

Warren remembers this, too, and remarks that after the show he’d taken the gum, as well as the cloth with which Simone had wiped her forehead. Nick confesses to being jealous. (Both of these items are now part of the Museum of Important Shit, a collection of oddities assembled during the making of this film.)

Although multi-instrumentalist Warren provides excellent musical support, It’s Cave that comes up with the theatre-of-the-absurd lyrics.

“Do you want to know how to write a song?” he asks, quoting a well-known surrealist dictum: “Counterpoint. Counterpoint is the key. Putting two disparate images together and seeing which way the sparks fly.”

In Cave’s world consciousness the source of such disparate images is a precious commodity. He fears losing his memory, that storehouse of characters and events that feed his art. Included is the memory of happy childhood, then his father’s unexpected death (when Nick was just 19), followed by bizarre existential experiments that could have ended any which way. And all this time he was constantly writing.

For years he kept weather diaries because, he says, he didn’t like bad weather and sought to make it less threatening by writing about it. Living in Brighton, England, where the weather is stirring and always changing, he had lots to write about. The weather was actually a touchstone, a way to get started on expressing the state of his soul each day?a highly effective artistic exercise.

The result of all this is brilliantly performed rhapsodic post-rock with modal elements, a narrative style of songwriting that puts you in another zone, vicariously experiencing Cave’s ever-changing persona.

Sometimes he’s a lonely high plains drifter in a ghost town inhabited by one soulful girl, and sometimes he’s a rebel without a cause in a post holocaust American mythology, but in the end he’s never really knowable.

There’s a great monologue at the end wherein he states, “I’m not interested in what I fully understand,” as effective an artist’s credo as I’ve ever heard.

20,000 Days on Earth manifests six of the Mindful Bard’s criteria for films well worth seeing.

– It’s authentic, original, and delightful.
– It provides respite from a sick world, a respite enabling me to renew myself for a return to mindful artistic endeavor.
– It’s about attainment of the true self.
– It gives me artistic tools.
– It makes me want to be a better artist.
– It makes me appreciate that life is a complex and rare phenomena, making living a unique opportunity.

Many thanks to Bill Watermn for his indispensable research assistance. 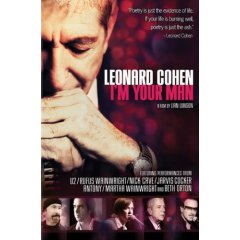