Articles
The Voice
Love After Loss

The death of my husband, following a brief fight with cancer, left me totally devastated. The overwhelming grief was extremely difficult to go through, but I knew I had no choice. To cope, I thought it might help if I fulfilled some of the dreams Ed and I had together. We had often discussed taking our grandchildren to Disney World in Florida, and I felt it might be a healing trip for us. After booking the trip, my next priority was finding someone to watch Suzie. Suzie is a little black and white Bichon/Poodle I had found on Kijiji a few weeks before Ed’s death. He had encouraged me to get a puppy to keep me company after his passing. Fortunately, my neighbor, who had watched Suzie while I was staying in the hospital with Ed during his final days, was more than willing to watch her while we were in Florida.

The trip was difficult, filled with tears and sadness, but also with some good times. But I was happy to get home, and immediately went to Eleanor’s to pick up Suzie. While there, Eleanor mentioned that the man on the corner had lost his wife a few days ago, and that maybe I could talk to him. I didn’t recall ever seeing the man she mentioned. She went on to describe him to me and told me that he walks a little black dog. I never gave it much thought until a few days later.

I was out in my garage when I saw the man walking a little black dog. I walked up to him and asked him if he had just lost his wife. I don’t know what made me approach him, it was so unlike me, but it felt like the right thing to do. He confirmed he had, and I could see the sadness in his face, and I knew how he felt. I told him I had just lost my husband as well. He looked down, obviously not sure what to say. So I assured him things would get better and he went on his way.

During the course of the next year I saw him, Stan, four or five times. Each time we talked briefly about our missing loved ones. Since I was ahead of him in the grieving process I always assured him things would get better. He was very quiet but pleasant. I did feel drawn to him, but I thought it was due to our mutual loss.

It had been over a year, but my grief was still all consuming. I knew I needed to get involved in something, so I decided to take golfing lessons. One day while I was putting my clubs in the trunk and getting ready to go to my last lesson, Stan came walking by with his dog, Joey.

“How you doing?” he said casually.

“Going to my last golf lesson.”

“Well, not sure if I would say that, but I’m learning.”

“We should go golfing sometime.”

“Okay I think I have your number, I’ll give you a call next week.”

I wasn’t sure if I really wanted to go with him, but then I thought, “Well, It’s only a game of golf.” A few days later he called and we went golfing. I had so much fun, I briefly forgot my grief. However, the next few days were filled with confusion and guilt. How could I go out and have fun with another man! Stan called again and I reluctantly went to dinner and a movie. Ultimately we began seeing each other on a regular basis. I struggled terribly with the guilt, but Stan seemed to be handling things well. At times I pushed him away; only to draw him close again later. We both persevered through as there seemed to be an attraction between us that was difficult to ignore.

As we got to know each other we agreed the parallels in our situations seemed to be more than coincidence. We had both lived in the same unit within our condo complex, where some units are similar, but not exactly the same. This would not be that significant on its own, but when you add all the incidents together the parallels are quite unique. Stan moved into the complex six months after Ed and me. We had both viewed many homes before settling on this one. My husband passed away two and a half years after moving in and Stan’s wife also passed away after living in the condo for two and a half years. We had both been attending the same Cancer Unit for treatments, but never seemed to run into each other. Then there was the fact that Eleanor had been Stan’s neighbor and mentioned him to me. I call her our Angel on earth. It does seem that there were a few hands arranging for Stan and me to meet.

Ultimately, we found our way through the grief, the loss, and discovered a special love. A love we both never would have thought was possible. Two years ago, we married. We now share a deep understanding and a bond that I know will carry us through??til death do us part.

One of the articles without a direct connection to Athabasca University or students, this one was chosen simply because the tale it tells is universal. Sooner or later we’ll all experience a significant loss of some kind, and, hopefully, sooner or later we’ll be able to get through it and move on. I hope this article serves as inspiration to those dealing with the former, and as a touching reminder for those who’ve reached the latter. 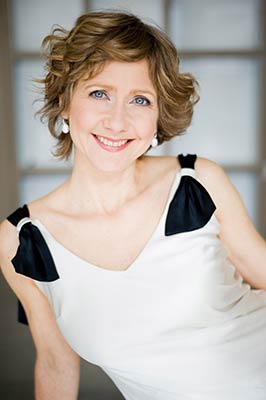