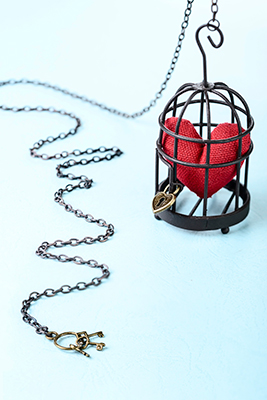 I attended a bricks and mortar university directly out of high school. I was unsure of what I wanted to take and through the guidance (possibly misguidance) of an advisor I was taking predominately visual arts courses. I remember one lesson well, and I have tried to translate it into my current degree: into my life in general.

One of my professors told us the story of a famous painter (the name escapes me now) who struggled with a painting for days (or was it months?) There was only one small portion of the painting which he refused to change, the image of a woman in the corner. The rest of the painting was redone multiple times. Finally, out of frustration, he painted over the woman. After the woman disappeared the painting suddenly worked; the painter found what had been causing the image to be off balance. Had he not been, in my professor’s words, precious, with the image of the woman, than the piece would have worked much earlier. She told us to not become precious with any aspect of our art. To allow the piece to grow and change as it needed to. We must not allow ourselves to become too attached to any one part. After the story she had us create several art cards, about the size of a business card. Then we laid them out and everyone walked around the room and took a card from everyone else. Some found this difficult as there was without exception a card or two in every one’s collection that they loved, that they did not want to give up: but they had to.

I had been working on a story for English 387: Speculative Fiction. It was under the desired word count. But, there was also this nagging feeling that it was not my best work, there were aspects I loved, but many I didn’t. I added detail stretching paragraphs and scenes all to no avail. It was starting to sound patched together and obviously stretched, painfully stretched: the image of a man on the ancient stretch-torture device comes to mind. The important details were becoming lost in the slew of details for detail sake.

This, I decided, is not my style. This is not how I work and I knew if I handed this assignment in I would be disappointed: with the marks and with my lack of effort. Well, it was not a lack of effort but a knowledge that it was lacking and I did not resolve the issue. The lesson came back to me from my art school days; do not become precious with any aspect of what I have created. This was not a painting, but it was an art piece and it was not working. So, I did something I have only done a handful of times throughout my degree: I scrapped it. I started over, completely redoing the assignment. Some aspects of it found their way back into the new story, though likely they would not be recognised as they were adapted to fit this entirely new vision.

I completed the story start to finish in a day. It flowed through me with ease, the details poured onto the paper. I was not held back by certain details or constraints which had developed in my original story. I was much happier with this story; I felt it was the best version I could put out at this point. I have yet to receive a mark but at least this time, if it is a poor grade, I will know it was not from a lack of effort. I will be able to learn from the critique and apply it to my next piece. I will know where I need to work and it will not be comments on aspects which I knew, going in, were failing. By removing a major issue in the paper it will allow me to learn from it.

I was stubbornly sticking to my story, to the details within it. I had become precious about certain aspects and it was those which were holding me back. If I had handed it in as it was I would have been robbing myself, not only of marks, but of the opportunity to better my writing, to get the most out of the course that I can. In all likelihood I would have spent more time trying to painfully contort my original story into the parameters of the assignment than I spent completely redoing it.