Columns
The Voice
In Conversation with El Tryptophan’s Gryphon Rue

Gryphon Rue is the singer and songwriter behind El Tryptophan, a highly musically and verbally literate alternative music act from New York. Growing up in a community that is rich with accomplished musicians of varying genres granted Rue a kind of “old soul” perspective on music that somehow enabled him to create remarkably new and different material. He also works as an art curator, adding a sense of visual perspective to his sophisticated musical and literary vocabulary. On November 20th he released his first album, Guilt Vacation, also available on vinyl from Wharf Cat Records.

Describe your musical background. What role did music play in your childhood?
In reverse order, I learned about bands from the punky boys in junior high who were singing Misfits, Ramones, Sublime. Before that I carried a CD pouch with Beastie Boys, Spice Girls, P.O.D., Fatboy Slim, Limp Bizkit, Nirvana, Mariah Carey? I played “The Flintstones” on the saxophone, my first instrument, but I never learned to read music.

Something changed when I got an electric guitar, which the older boys were playing in seventh grade. Metallica was my favorite, and I studied the “guitar gods” like Hendrix and Satriani. I also cycled through different bluegrass instruments and took lessons with people in Woodstock, NY, who were basically retired from great careers, like drumming for Joe Cocker or playing banjo with Bill Monroe and His Bluegrass Boys.

I was very fortunate to have grown up in a friendly place with these musicians around, but I always felt distant from those communities. I was in my basement after school writing songs, recording on Garageband. I made skits and, being an only child, had the alone time to experiment.

What or who in your musical training had the most?and best?influence on you as a musician, a composer, and a human being?
Four men who represent phases in my music might be: Jason Rabinowitz, the young director of the music ensemble at my school in Woodstock, NY, Sam Hood, my stepfather, who managed The Gaslight and Max’s Kansas City, Bob Bielecki, a professor who shared stories of his Buddhist arts commune and his vast knowledge of music technology, and Peter Himmelman, a legendary songwriter who has encouraged me ever since I recorded my first songs at 13.

What was the most mesmerizing musical experience of your life?
The memory of a Leonard Cohen concert at Radio City Music Hall with my grandmother, about a year from her death. Leonard got down on his knees with the mic cord cradled in his palm singing ballads like “Bird on a Wire,” and he radiated grace and sex.

Does your side gig as an art curator influence your musical journey at all?
Yes, and these are two extremely different relationships to language, which is hard, because they don’t come from the same creative space. It’s a sense of familiarity; for example, I sometimes need to force myself to strum a few chords on a guitar after hours of sitting at a computer.

A lot of people struggle with this?coming home from work and feeling dissociated from these separate things. I’m not sure if curating has influenced my music, but I notice similarities in the intuitive part of the curating process, especially when a surprising connection emerges, looking at different objects or balancing a load of seemingly unrelated thoughts. 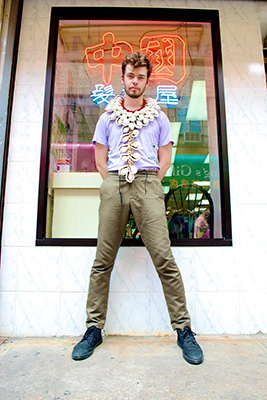 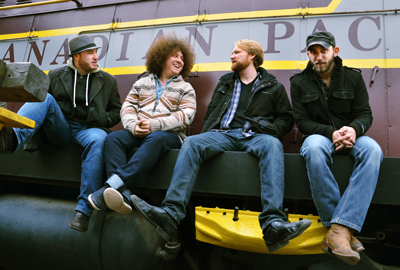