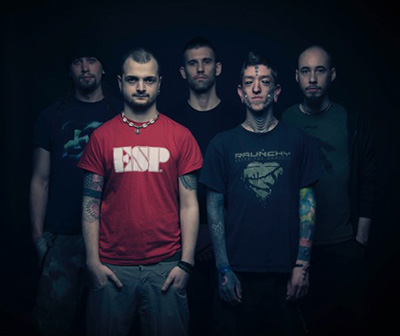 I’ve always been a huge fan of hard rock, metal, battle metal, and heavy metal, specifically music of those genres that comes from Eastern and Northern Europe. The first time I was introduced to this style of music was in Vocal Music class in high school when our teacher discussed various vocal warm-up exercises. She pointed out that singers who sing metal music, especially those who sound like they are screaming and straining their voices, actually take great care to work their voices up to that level and are able to sing in a way that many people can’t. After listening to a few examples of heavy metal music I was captivated by the rawness of the music and the energy of the sound, and developed a deep appreciation of the artistic talent that goes into heavy metal music. I’ve been a fan ever since.

Hungarian metal band, Omega Diatribe, captures the best elements of heavy metal in their music, yet are in a league all their own by adding elements of psychedelic rock to complement their sound. Formed in 2008 in Budapest by Gergo Hájer and Ákos Szathmáry, Omega Diatribe began playing live in 2012 with the addition of Dávid Metzger, Attila Császár and Gergely Komáromi. Abstract Ritual is the band’s first EP, following a debut LP released in 2013, and a single in 2014, and features legendary death metal drummer, Kevin Talley. Through Independent Ear Records, an American label, Omega Diatribe is hoping to share their music with audiences around the world.

With a touch of flare, a dash of conspiracy theory, melodies of epic proportions, and a splash of metaphysical marvelousness, the 7-track EP Abstract Ritual is not for the faint of heart. Each track is a journey into the darkest fragments of the human experience, but their music is not primarily about negativity, aggression, and death. Instead, their lyrics force listeners to ponder human interactions with each other, the natural world, and beyond.

The first track “Subsequent Phase” sounds much like a typical heavy metal song. The usual sounds are there, face-melting guitar solos, pounding drums, and rough vocals, yet it is the lyrics that captivate me. I’ll admit that it takes some practice to understand what is being sung about in heavy metal music, but it is worth listening closely. The passage “Evolution has no end yet / We’ve time / Must to use of the language of plants” intrigues me, especially since the remainder of the song seems to deal with an alien encounter. I love the fact that the song makes me think and leaves me pondering about the meaning of the song long after it is finished.

“The Quantum” is my favourite track on this EP. The ability of the band members to switch from heavy metal to psychedelic music is uncanny. The guitar is hypnotic and the addition of the voice recording speculating on the origins of shamanism adds an air of the paranormal to the song. But it is the guitar solo that mesmerizes me, and I love the reprieve from the harsh sounds of the other tracks that “The Quantum” brings. The only thing that bothers me about this track is that is ends extremely abruptly, which left me startled and uneasy. But that may be the point.

I loved everything about Omega Diatribe’s first EP Abstract Ritual, and would recommend it to anyone who is looking for something unconventional to listen to. I would point out, however, that the music on this EP is not studying music, but is perfect for those times when you want something to energize you or just to sit back and listen to. 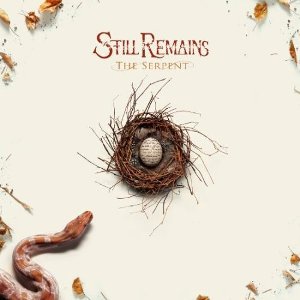 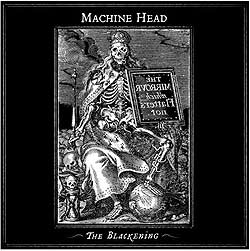