Columns
The Voice
From Where I Sit – The Latest Step

Charles “Tremendous” Jones was born in 1927 and died in 2008. In the intervening years he distinguished himself as an author/editor of nine books and motivational speaker with more than five thousand presentations to his credit.

It appears he was a mover and a shaker right from the beginning. He entered the insurance business at age twenty-two. Within a year, he won the agency’s Most Valuable Associate award. Ten years later he won the company’s highest management award.

The truth is I had no knowledge of this guy until a columnist quoted him in a small weekly newspaper called Tidbits of Coachella Valley?”The Neatest Little Paper Ever Read.” The words hit me where I live: “You will be the same person in five years as you are today except for the people you meet and the books you read.” According to getmotivated.com his mission was “to help people improve their lives through reading.” Apparently he also believed that “leaders are readers.”

Another site (tremendousbooks.org) featured Scott Giambalvo’s interview with Jones at his Texas office. Virtually every room was filled with bookcases. He had over 270 volumes on Lincoln alone. He believed we should “Read all you can. Think about what you read carefully, and carefully think about what You’re reading.” Garbage in, garbage out.

No one needs to convince me of the value of reading. Or the truth in the adage ?birds of a feather flock together.? The people we surround ourselves with will either elevate us or drag us down. They may be aspirational influences or appeal to the lowest common denominator in us. Luckily we get to choose.

We also choose what to read. Jones apparently preferred histories and biographies because we were sure to learn something from them. Jim Rohn believed words nourish the mind and the soul and that we need a good diet of words each day. He suggested a minimum of thirty minutes per day, an hour if you could swing it. He observed that some people “read so little, they have rickets of the mind.” To him there was no excuse good enough for not taking those basic steps to success. He believed we needed to read something instructional or challenging each day in order to improve our place in life. It’s no accident the mansions of rich people always have a library.

This holiday has given me extra guilt-free time to read. From Mindy Kaling’s memoir Why Not Me? to “How to Write a Memoir in 30 Days” I’ve powered through a few books since landing in California twelve days ago. I’m moving incrementally closer to my goal of reading sixty books in 2016. I can’t promise they’ll all be Pulitzer Prize winners or even, ahem ?literary.? But with the words of Charles and Jim echoing in my head I may choose fewer fun reads and more with gravitas. The Art of the Memoir by memoir master Mary Karr is my latest step in that direction, from where I sit. 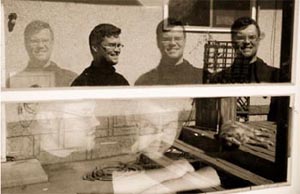 Wharton in the News (Again)