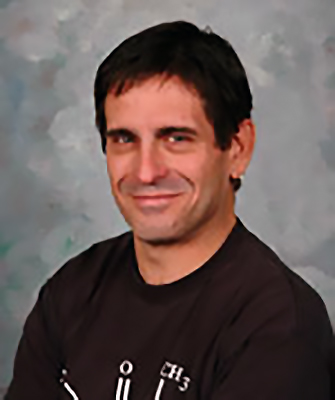 Dr. William Diehl-Jones is an associate professor of nursing with AU’s Faculty of Health Disciplines, and sits on the research committee for the children’s Hospital Research Institute of Manitoba. Recently, he took time out of his busy schedule to do this two-part interview for The Voice Magazine by Marie Well. You can find the first part here.

Marie: What are some of the challenges and highlights to publishing academic literature?
William: My context is biomedical research. I’ll answer you from that perspective. I haven’t yet published on teaching and learning, but my academic literature is pediatric research. My research environment?although I am sure you could say this about many scholarly environments?is very competitive. It is increasingly difficult to publish in high-impact journals. It really requires a team approach, with lots of collaboration. The highlight is?and I just had such an article come out last week’seeing your research in print and realizing it has effected a positive change in practice.

Marie: What was your favorite course to teach? Why this particular course?
William: I’ll tell you it’s PathoPhysiology. Nurses often see symptoms x, y, and z and think, for example, “That must be congestive heart failure”. But, what I love about Pathophysiology is that we can take students beyond that sort of ’pattern recognition’ and try to encourage them to understand the physiological basis for the signs and symptoms that they are seeing. I’m really looking forward to the new combined course because, if you are going to talk about something like heart failure, then, doesn’t it make a lot of sense to talk about the pharmacological tools used to treat hat disease.

Marie: What were some of your childhood passions?
William: My childhood passion was always biology. When I was five years old, my dad gave me one of those little cheap microscopes. I can remember looking at an image for the first time, thinking, “Wow! That’s an entire little universe there that nobody else knows about. This is so cool!”

So, it was always biology, and that has never changed. I still love looking through a microscope. As I got a little bit older, of course, my interests expanded. I found I loved cycling and running. I still pursue all three today.

Marie: If you could instantly learn one thing in its entirety with no obstacles an no time constraints, what would that one thing be?
William: Have you ever seen the movie Groundhog Day with Bill Murray? So, in this movie, Murray’s character decides he wants to have a romantic relationship and impress his colleague. By some cosmic, comic twist, Murray is forced to relive the same day over and over again. When he wakes, it is always Groundhog Day. So, he uses this opportunity to take piano lessons; and, after many iterations of the same day, he learns to become an accomplished pianist.

In that context, I thought about this. I thought, “You know what? I’d like to be in Groundhog Day and learn to play really good blues guitar. I’d like to be the next Muddy Waters.

Marie: Maybe you will be. You never know. If you had omniscience, what book would you write?
William: If I had omniscience, if I knew everything I wanted to know, I would write a book about balance?about finding balance with your work and your life. I don’t have omniscience, and I haven’t yet found balance. I guess writing that book might be a way to find that balance.

Marie: What is your greatest purpose in life?
William: To be a good father and a worthy husband. It’s simple. When you think about it, all this other stuff doesn’t really matter, does it?

Marie: What is your favourite hobby?
William: I run marathons. I’ve run thirty-seven marathons and a couple of ultra distance events, and I think that the fact that I have four kids and run long distances isn’t entirely unrelated. I’m likely that I have a partner who tolerates that hobby, and the time it takes. It is my form of therapy..

Marie: I understand that you attended the Boston Marathon in 2013 when the bombs exploded.
William: I was indeed there. I have run the Boston Marathon 7 times, but that year I was injured and went to Boston to cheer on my buddies. So I was a spectator at Heartbreak Hill for most of that race, handing out beer and cheer to the runners as they crested that ’in’famous landmark at mile 21.5.

I was on the way to the finish line via the subway when the announcement came about the bombs at the finish line on Boylston Street. The subway stopped, everybody was told to get off, and I walked to the finish line, all the while being passed by police, army units, SWAT vehicles, and news choppers converging on the carnage by the Boston Public Library. People were in shock, crying and bewildered, and all I could think about were my friends who had been in the race. Where were they? Were they ok? I spent several anxious hours locating my friends and reporting back to family back in Winnipeg that all had been accounted for. To this day I am haunted by the fact that, that year, I had nearly brought my beloved son to wait for me at the finish line.

All of my friends were ok, but my best friend Kevin was 75 yards from the 2nd bomb. He was one of the people who rushed to pull down the barricades to get to the injured. He felt the blast, saw the blood, heard the screams.

That night my running group stayed at the hotel, hugged each other, and cried. We have never been the same since. The following morning, we left a different Boston; a National Guardsman, M16 pointed, made me slowly unpack my backpack before I boarded a nearly empty subway car going to the airport.

A year later, in 2014, Kevin and I returned to run Boston again. We had to. Nobody was going to take that beautiful race away from us. Record numbers of runners arrived in Boston; every one of them was offered a hand-knit blue and gold scarf by the Parish Church parishioners, and each of us came to run with a purpose. Many wore t-shirts emblazoned with the picture of Martin Richards, the eight-year-old boy murdered by the bombers. And before the race, Kevin and I went to the sites of the blasts, choked with emotion. It had been a long, tormented year for him, and the moments of silence on Boylston seemed to be cathartic. The next day, Patriots Day 2014, we completed the Boston Marathon together, high-fiving every little kid we could see. The people of Boston, over a million strong, cheered us, hugged us, and thanked us for ’giving us our city back’. As I sprinted the last 100 yards to the finish line, I felt I had wings.