Articles
The Voice
O is for… 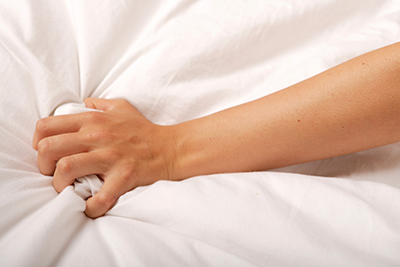 “Next Valentine’s Day, forget the chocolates, forget the flowers, show up with a We-Vibe, and you will be the best guy.”

Orgasms—perhaps especially female ones—have long been a taboo topic. In “Let’s Talk About Female Orgasms,” a frank but funny video from The Atlantic magazine, Dr. Lauren Streicher, a gynecologist with expertise in sexual function, attempts to address what may be an uncomfortable topic for some: female sexual pleasure. “All women can and should enjoy sex,” says Dr. Streicher in her book, Love Sex Again (HarperCollins, 2014.) Yet, even though almost half of women don’t enjoy sex fully, hardly anyone is talking about it.

Research shows that 43% of women will experience some sort of sexual dysfunction—that means perhaps 10,000 current AU students may be in this category at some point in their lives. Streicher places female sexual dysfunction into four general categories: low desire, difficulties with arousal and lubrication, problems achieving orgasm, and painful sex. For some women, sexual dysfunction can be a life-long problem; some women have never achieved an orgasm, for example, while, for others, problems crop up after childbirth, illness, surgery, or menopause. “Normal sexual function is so complex that it’s amazing how often things go right,” says Streicher. “It’s complexity also makes it easier to appreciate that many, many things can go wrong.”

Genital dryness (GD) in females is a term Streicher invented to counter the marketing buzz around erectile dysfunction (ED) in males. Although GD, resulting from a lack of natural lubrication, is only one possible female sexual issue, it is a problem many women will encounter at some point. If medical conditions such as diabetes, heart disease, or cancer treatments don’t trigger GD earlier, most women will experience it after menopause. While male sexual dysfunction has been getting a lot of air-time, women’s problems remain under blackout conditions. The good news is that pharmaceutical companies—who, as some believe, milk male ED problems for all they’re worth—have finally discovered that there’s “a lot of money to make from vaginas,” says Streicher. Not that there is or will be a medical solution for every female problem, but Big Pharma’s involvement may finally make female sexual problems acceptable to talk about.

Asking a doctor about sexual problems is “rare” among women, says Dr. Streicher. “There’s nothing that’s going to tie your tongue more than going to your doctor and thinking, “Okay, right, I really want to tell him or her I can’t have an orgasm.” The minority of women who do eventually raise the topic with their doctor have waited an average of two years before doing so. And not all doctors can help. Streicher acknowledges that most doctors receive little information during medical training on women’s sexuality. Women seeking help from their family doctor may need to be referred to a specialist. Not every problem requires medical help, however; sometimes women just need information, and some understanding and cooperation from their partner.

Shame, however, prevents many women from discussing sexual problems with their partner. “Not just because they are embarrassed,” says Streicher, “but because of the shame and fear associated with perhaps no longer being perceived as ‘sexy’.” But not talking about problems inhibits the possibility of solving those problems. Many people are unaware that their female sexual partner even has a problem because a significant number of women hide sexual difficulties from their partner.

Many women experiencing sexual dysfunction think, “It’s just me.” It’s not. Streicher believes that, because women are exposed through film, TV, and books, to what she describes as an “erotically charged world”, it’s easy to believe “every single person (other than you) is having amazing, passionate sex and earth-shattering orgasms on a daily basis.” In the real world, this isn’t happening. So perhaps It’s time for women—and their partners—to open up the conversation on female sexuality. Solutions rarely come from silence. If you are experiencing a sexual problem, or you think your partner might be, start the conversation. Consider making this Valentine’s Day an opportunity to open a discussion with your partner (and perhaps later with your doctor) that will lead to greater pleasure, increased intimacy, and a more rewarding relationship.

Eras in Education – Love is a Battlefield: Less So in Sweden