Articles
The Voice
Between Two Houses 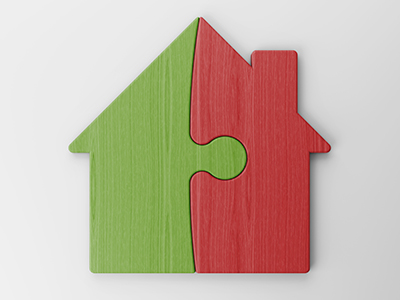 The oil downturn and the future knowledge economy means our country has two houses ? so to speak. One housing the resource-based sector of the economy. Another housing the human capital sector of the economy. I consider both houses? contents important. But, I argue, we need a balanced economic plan for the next 5, 10, and 25 years; a plan that leans toward intellectual capital over resources in the long-term. AU can be the road between those houses through education. However, infrastructure for that road, for education, takes time and planning.

Take, for instance, the international trend toward the knowledge economy, which seems to show that national success in the future will require preparation and adaptation to the oncoming knowledge economy via education now (Tsaparis, 2014). Education is an investment in the nation’s intellectual capital, which is the ?currency? of the knowledge economy. But education takes time. So the next economy’s readiness, founded in education, will also take time.

And by time, I mean a decades-long progression of the relative weighting of the economy in favor of human capital over resources, beginning in the present. And AU, as Canada’s largest online postsecondary institution, seems like one major place to help the country’s transition into this economy of intellectual capital. The pressure of this is even more intense with the recent economic downturn in Alberta due to oil prices. Furthermore, Alberta’s economic downturn is not isolated. For example, the resource or oil-based dip affected Manitoba as well as Newfoundland and Labrador too (Statistics Canada, 2016; Younglai, 2016).

Bear in mind that while It’s bad, It’s not the worst time for Alberta in its recent economic history. For instance, the current drop in Alberta’s economy is less than the 2008/09 economic dip, and even a bit higher than the 1990 one (Babad, 2016). Furthermore, Alberta is not alone, because Ottawa has promised at least $250 million in monetary assistance (Varcoe, 2016). Why does this matter? It means we don’t need to panic, but we still need to prepare for the future economy.

Nationally, the economy is deeply interconnected. Big dips in the economic situation have provincial/territorial effects elsewhere in the economic system. So if ?all of the eggs are in one basket?, such as resources, then dips or rises in the economy cascade across sectors embedded in it. In other words, Alberta is in an economic dip based on oil, which reduces the economic success of other parts of Canada.

And to buffer the country from these dips in the future, education is the key to a balanced economy. We need to be transitioning into education because education is the access point to quality knowledge and training for this new economy. AU, in part, can help Alberta, and Canada, rise into the future economy, the knowledge economy, in the long-term with greater reliance on resources in the short-term.

To conclude, our strength is resources rather than human capital now. Taken together, both houses mentioned at the outset, economies need to transition into cognitive work in the future because the next economy lies in knowledge and, therefore, education. AU resides at this juncture. That is, AU is the road between resources and cognitive capital. A transit system from here, resource heavy, to there, human capital heavy. What we need now is for governments, at all levels, to recognize this, and to realize that funding AU is not a cost, not a drain on their resources, but rather an investment. A way to provide education to those of us for who traditional education does not work.

But they won’t realize until we make them. The road won’t be built without us telling our MLAs that it needs to be done. And if we hope to make the trip between houses, from resources to resourcefulness, they need to know, and soon. 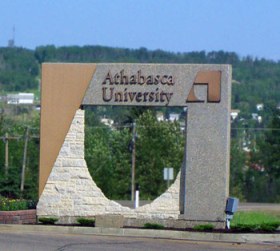