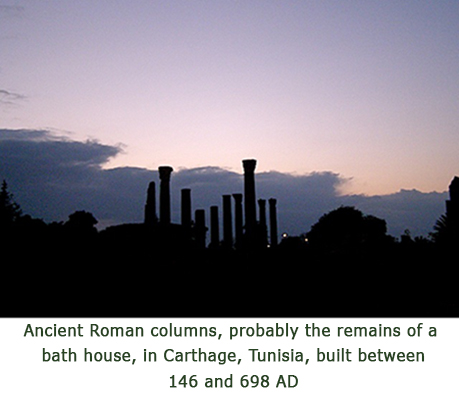 In a world That’s being so rapidly transformed by digital technology that you scarcely dare blink for fear of missing some colossal new breakthrough, It’s easy to forget that whatever patch of earth we’re standing on is millions of years old, or that being aware of the history of the human beings who occupied it can be the antidote for our cultural malaise.

Crash course in ancient history: The northern part of today’s Tunisia was once the site of the ancient kingdom of Carthage, founded in 814 BC by the Phoenician Queen Dido (from Tyre, a city in what is now Lebanon), who marked off its boundaries, the Tunisians tell me, by making a long, unbroken string from the hide of one cow and instructing her men to run the string around the territory she wished to enclose.

Virgil features Queen Dido in his epic poem The Aeneid, in which Trojan leader Aeneas is shipwrecked on a beach near Carthage. He wins the love of the Queen and remains with her as her husband at Carthage until Jupiter sends a message to him that his true calling is to build a new Trojan city in Italy. And the rest is Roman history.

Because of its wealth and strategic position on the Mediterranean, Carthage became such a powerful city that it rivalled both Syracuse and Rome for control of the Mediterranean region?and so was soon engaged in competing for expansion. 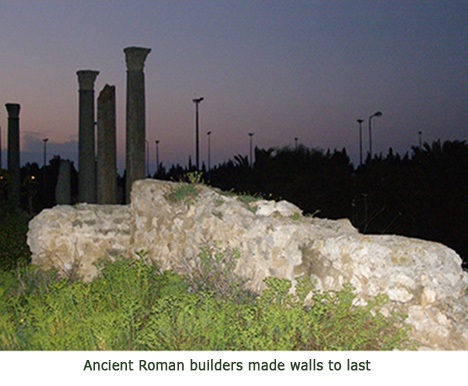 The Second Punic War, which began in 218 BC, allowed the brilliant Carthaginian military strategist Hannibal to successfully invade Italy with, among other things, a troupe of elephants, and wrest control of it from Rome for 15 years.

The Third Punic War reversed Hannibal’s fortunes, and in 146 AD the Romans invaded Carthage, destroyed the city, and rebuilt it in their own image, establishing the city as a powerful Latin-speaking stronghold until 698, when it was destroyed once more, this time by the Muslim conquest. 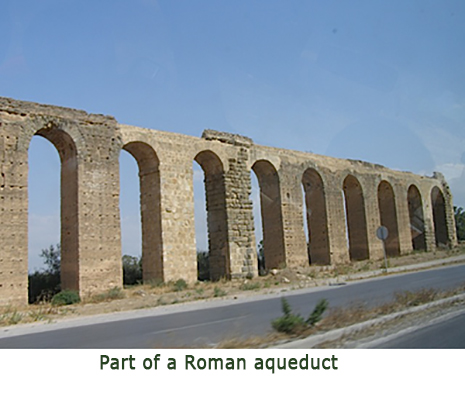 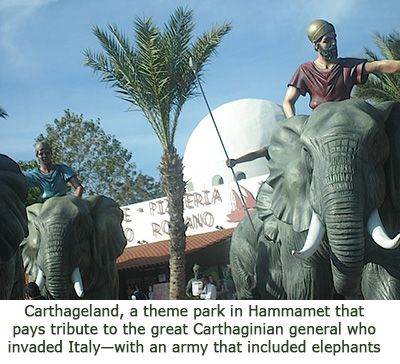 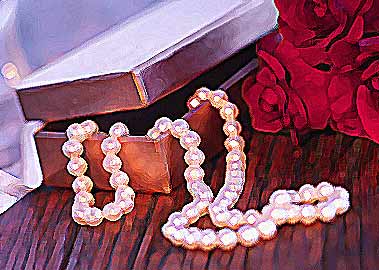