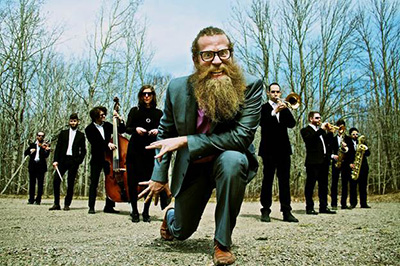 The diversity of Canadian musical talent always astounds me. Every genre of music features prominent Canadian artists. However, there are many Canadian musicians that transcend the confines of genres, creating music that is very different.

Halifax musician Ben Caplan can be counted among the genre-defying musicians with his unique sound. Released September last year, Birds With Broken Wings is Ben’s second album. New on the music scene, Ben has won Nova Scotia’s 2012 Entertainer of the Year and the East Coast Music Award for Rising Star Recording of the Year for 2013 (http://www.canadasmusicincubator.com/artist/ben-caplan/).

Ben’s sound is unusual, and each song on Birds With Broken Wings is different. With a piano, violin, upright bass, drums, raspy male vocals, and haunting female singing, the songs vary from old-world gypsy-influenced to melodies that remind of big band music. Although, at times, the tone is similar to Fable Cry and Gogol Bordello, there are also hints of The Dropkick Murphys, Crash Test Dummies, and Johnny Cash.

I was introduced to only a couple of singles, but I immediately sought out the rest of the album. Met with such a delightful assortment of tracks, I couldn’t wait to listen to the album in its entirety over and over again.

Birds With Broken Wings opens dramatically with the title track. The influence of gypsy music is fun with the prominent violin and drums. I especially loved the dark lyrics and Ancient Grecian and Biblical allusions.

The third track, “Belly of the Worm”, is beautiful, with country and folk tones, and the gospel music influence adds a heart-wrenching aspect to the song. The themes are more serious than the earlier tracks, but any sense of melancholy is dispelled by the wonderful music.

“Deliver Me” is another unusual song. The sixth track features elements of jazz, but with a gypsy and old world feel. I especially like the grainy sound effect, creating an effect similar to what you’d expect to hear on a vinyl album.

“Night Like Tonight” sounds almost out of place. It’s like a love song from a long ago era. Nostalgic feelings flow from the melodies and the harmonization between Ben’s vocals and the violin are incredible.

Then there is “Lover’s Waltz” which again seems completely out of place on this album. The music has more of a pop rock feel, but the complex vocals create a song that is unlike any pop music that exists. Composed with just Ben’s vocals and the piano, this song is simple, romantic, and gorgeous.

“Canary” is the final track on Birds With Broken Wings and it is purely instrumental. With elements of jazz and an Eastern European flare the imagery of a bird flitting around is uplifting and engaging.

All in all, I really loved this album. I couldn’t pick a single favourite song, though, because they are so different and wonderful. I believe that Ben’s latest album has to be listened to in order to be appreciated fully. Approach the album like an adventure, you never know what is coming next.

As well, if you like Ben’s album and are interested in seeing him live, he is playing several venues across Canada this summer starting March 19th in Charlottetown, PEI. 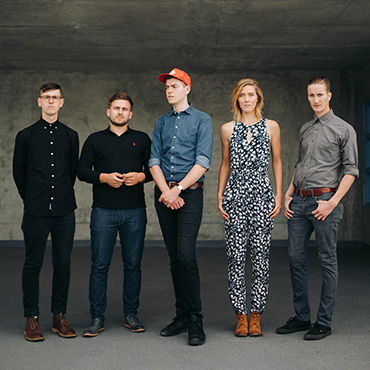