Articles
The Voice
A Student Has to Eat 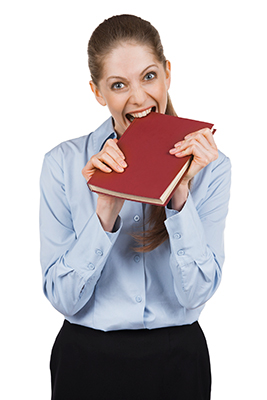 Cost pressures on students are rising. With the economic downturn, many Canadian families are having to deal with job losses and the cost of education continues to increase. For AU students in particular, many of whom are adult learners and have the added pressure of having to feed their family, dealing with the cost of food has become a significant issue.

While the recent jokes about eight-dollar cauliflower have largely disappeared, the rising cost of food is no laughing matter. According to some estimates, the cost of food for a Canadian family rose approximately $350 in 2015 and is expected to rise by that amount again this year. Many news stories have investigated the sharp rise in food costs, leading to great concern that the days of cheap food may be coming to an end. California, where a large amount of produce that is shipped to Canada originates from, has experienced severe drought for several years and the situation is not expected to end soon.

A thread on the Athabasca University Facebook group about rising food costs resulted in a lively and honest discussion. While many responders conceded that they are feeling the effects of increased costs, they also said that it is possible to still eat well on a budget.

The first step students suggested to managing grocery costs is to go back to the tried and true ways of food frugality; not shopping when hungry, making a list and sticking to it, and resisting those tempting impulse buys on foods that are just empty calories.

Another budgeting tactic is to stop paying for purchases with plastic. Bolt Touma says, “I have moved my budget, including food, over to cash to keep track of it all. Just by moving to paying with cash, I’ve found that I can easily save 25-30% per week because it’s something physical.‬‬” Another tactic that Vicki Parnell uses “is based on the theory that if I don’t enter a store I don’t buy stuff I don’t need. Buying too much food and then throwing a bunch of it out has been a huge problem in the past. So now I send my husband to Costco with a list (he only buys what is on the list – he just wants to get out of that place) and I order the rest of our groceries online. I figure even paying for the delivery fee, I’m coming out ahead. So far it’s actually working pretty well.‬‬”

Students definitely notice that their grocery costs have increased, which has led to making some tough decisions at the supermarket. Jessica Avery says that she has become far more conservative in her shopping budget and plans meals based around weekly flyers. If an item is not on sale or a staple it doesn’t go in her cart. Rebecca Bice has been buying more frozen vegetables and only buying produce that is in season, as those choices are still not too expensive. She also shops the 30% off meat area for deals. Mel Lefebvre observes that “it’s maddening that the price of less healthy foods is so low. Fries and chicken fingers, no problem! Veggie dishes? Forget it! ” The increased cost of food has made several AU students stop buying organic fruits and vegetables, but they won’t stop buying fresh fruits and vegetables altogether because they don’t want to resort to feeding their families unhealthy processed food.

But there is some debate among students about whether current food costs are really that bad. Jason Bernard notices an increase in some types of produce such as green peppers and chicken, but has observed that beef seems to be slightly cheaper. He says, “I really haven’t changed the way I shop per se. I assign myself a budget per meal per day. So I just shop within that budget. Maybe to some small degree I buy a little bit less processed foods as they generally are outside my budget. However, I mainly like to cook my own meals so it hasn’t been that big a deal.” Jamie MacDonald agrees with Jason and says that his family’s food choices haven’t really changed. He says that while food prices have definitely risen noticeably, but not catastrophically, this has been offset by the huge decline in fuel prices. He notes that the price of gasoline has decreased in his area by about 35 – 40% per litre. He says, “We still try to save money on food though. We use the points program at our preferred grocery store which also has a website allowing customers to choose items that will get you additional points to save further.”

However, this isn’t the case for all students. Shannon Deglow was honest in relating her budget constraints and said “It’s been extremely difficult to say the least and often we go without. I have had to make bread for the kids’ sandwiches throughout the week and their treats such as muffins. We literally scrape by and although I am so tired everyday not only from work but being a mom, I have no choice but to stay up later to make sure they have bread. Sometimes, I have to buy canned fruit and definitely frozen veggies are a must in my house. This completely reminds me of the 90’s when the oil and gas field was almost non-existent and my family often had to go to the food bank to feed us. We made it back then and will do it again!”

The members of the Athabasca University Student Moms Facebook page offered many practical tips on what they do to save money on food while also cooking meals that are quick and healthy. Most of the student moms relied on the versatility of their slow cookers and said that it was the best way to provide frugal and nutritious meals with little effort. Cooking a large roast in a slow cooker can provide meat for several meals, including sandwiches for lunches. The slow cooker is also a great way to make a large batch of something, such as pulled pork, which can be placed into zip-top bags to freeze for later. Mis Forts makes lots of slow cooker chilli and lasagnes and uses her slow cooker at least three times a week for spaghetti, stews, roast beef, chicken, and ribs.

Meals such as chilis, soups, and stews are also mainstays for AU’s student moms and can be easily turned into vegetarian meals. Vegetables are easily hidden in a tasty soup or stew for picky eaters, and beans and pulses are cheaper sources of protein than meat. Many moms also said that meals don’t have to be elaborate every night, and parents shouldn’t feel pressured into cooking a large meal every night. Eating breakfast for dinner, such as pancakes, omelettes and baked beans on toast is often a winner with kids. Sandwiches?even something as simple as a grilled cheese accompanied by a bowl of soup?can also break the monotony of mealtime. Mist Mo says that her family eats a lot of stir fries, which are easy to make and easily lend themselves to batch cooking. She said the mixture can be varied to be put on rice one night and noodles the next. She also makes wraps because the fillings can be made ahead and there are a lot of interesting variations.

However, many student moms say that being organized when it comes to meal planning and preparation is the best way to combat the urge to just grab a pizza or takeout, which is a habit that can take a large chunk out of a family’s budget.

Melanie Forrest takes one day out of the week to do some advance preparation, such as baking some sweet potatoes in her slow cooker or a big batch of brown rice, and cooking a pot of either dried black beans, navy beans or chickpeas. She then refrigerates the cooked items for the week. As she is vegan she finds that this preparation takes some time but is worth it for easy meal options. Milena Raca Calija always cooks two items on Sundays, a soup and a stew or chilli. She gets home around 6 PM every night and meals must be warmed up quickly for her hungry kids. But if time is really tight, Jeffi Farquharson just whizzes up smoothies using fruit and even vegetables that are past their prime. She puts them in mason jars and they just need a good shake and they are ready to go.

AUSU President Shawna Wasylyshyn admits that it is easy to get stuck coming up with meal ideas when time is short, and recommends the series of cookbooks “Cooking for the rushed” to everyone she meets. She notes that “these books are based on the fact that if you plan ahead, buy your groceries and know at the start of the week what you are cooking/eating every day – you are way less likely to pull out a frozen pizza or hit a drive thru. You can download the grocery list from the website and then just add on the other things you need and its so organized and all-around awesome.”

Trying to turn around eating habits can be daunting, but a good place to start is to search for books on living frugally in the local public library. There are also many blogs and recipe resources for cooking on a budget online. Athabasca students are proof that eating healthily and frugally requires some effort and planning, but it is possible.

Carla loves paper. She has far too many books, compulsively buys craft supplies, has several boxes of cards and letters from years back years that she just cannot throw out, but feel free to say hi to her on Twitter @LunchBuster 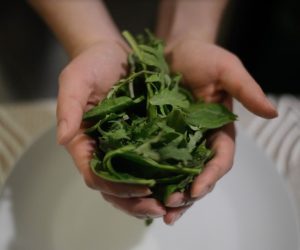 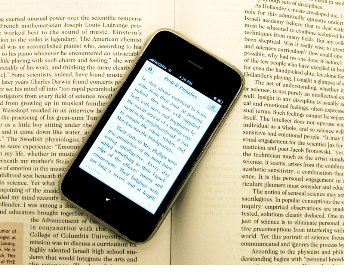 Taking Notes: Eye on Education – Parents, RESPs, And The Rising Cost Of Tuition