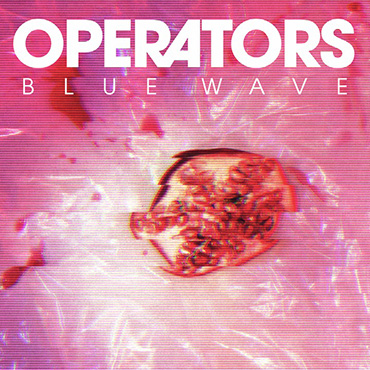 Often electronic music tends to drone on and on and listeners can go through an entire album with little interest or effort on their part. But Blue Wave is not that kind of electronic music. The tracks on Blue Wave are full of such intense energy that you’ll be drawn to the music and the contagious effervescence will take hold of the very fibres of your being.

Formed in 2013, Operators is composed of Canadian musicians Dan Boeckner, Devojka, and Sam Brown. Blue Wave is the band’s debut album and was released April 1st. Considered analog post-punk, fans of David Bowie will really enjoy the tracks because of their unusual sound and attractive beats. Interestingly, “much of Blue Wave was recorded in a middle of nowhere 1850s-vintage barn in southern Ontario” (http://music.cbc.ca/#!/artists/Operators).

The album opens with “Rome.” The track features an intense, dominant beat combined with dark vocals. The song feels like a foreboding, perhaps because of the jarring beat, and the lyrics are somewhat neurotic and melancholy. However, a brief reprieve from the bleakness comes with the chorus where the drumming beat eases off. It is also at that point that you’ll realize how much the beat has wormed its way into your head and how you’ll now feel slightly empty without it.

“Control” is a bit lighter and the dance-infused electronic intro will have you moving along to the beat. The feature that I love most about this song is the occasional saxophone-like effect that breaks up the monotony that sometimes occurs in electronic music.

“Cold Light” is softer than the previous two tracks, but it still features that amazingly infectious rhythm. It is by this point that you realize that the musicians brilliantly arranged the songs to flow seamlessly into one another. This song also features beautiful backup vocals that enhance the allure and add to the earthier feel of the music.

The intro to “Mission Creep” is a touch jarring; I didn’t really enjoy this track. I couldn’t find the harmony in this song, and at times the music sounded like various electronic effects smashed together to create noise. However, I can’t help but feel that the musical chaos to enhance the theme of the song may have been Operators? aim.

“Blue Wave” brings listeners back into an ordered world with an electronic dance track that sounds like it is from the 70s or 80s. The nostalgic feel of this song not only makes it fun, but I found it oddly relaxing.

The last track that I will mention is “Nobody”. It also happens to be my favourite song on this album. It has a psychedelic feel to it, but there are also modern alternative rock influences in this song. The rhythm has less of a dance feel to it, but I still found that the beat made me want to move along with it. The guitar is also more dominant in this song, with an amazing solo part way through the track. There is also a harmony between the music and the singing that strikes me as being strangely beautiful.

All in all, I really enjoyed Operators debut album Blue Wave. The tracks are a perfect fit for any activity where you may need a bit of energy, and I can easily picture myself listening to this album while studying. 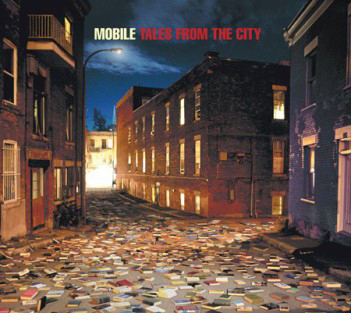