Articles
The Voice
Books for the Creative Mind 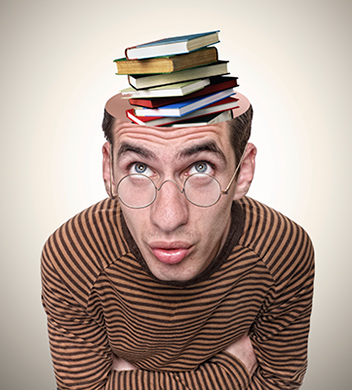 University students, no matter what degree they are taking, require a healthy dose of creativity. I am not talking about those Arts students (of which I am one) who seek a career with words or music or visual art. Any degree requires a healthy dose of creativity to finish those essays and assignments and complete them well. There has been an explosion of books written in the past two decades that explore creativity, perhaps because people realize that it is not just a necessary element for artists, it is also necessary for excellence in any field and essential for expressing humanity. Approaching any task creatively is a way to keep motivated and inspired.

I’ve read many books on creativity recently, as I have wanted to embrace and hone my own. Some are mediocre, at best, and some are not a good “fit” for me. However, here are a few of my picks that I’ve enjoyed and that others also might find helpful. They are focussed on writing but arealso applicable to other areas of creativity.

A Whack on the Side of the Head by Roger Van Oech
First released in the 1980s, this book (and its companion A Kick in the Seat of the Pants) are written by a certified creativity consultant (yes, there is such a thing!). They are classic reads for anyone in any field who wishes to gain a repertoire of practical tools to generate fresh ideas. Techniques such as mind mapping and free association are introduced in a non-threatening way and accompanied by amusing illustrations. Oech’s books remain just as relevant now as when they were first published.

Writing Down the Bones: Freeing the Writer Within by Natalie Goldberg
When this book appeared 20 years ago, it generated huge waves in the publishing industry because it was unlike any other writing book on the market. It takes Buddhist principles and applies them to writing, but they can be also applied to other disciplines. Goldberg explores the creative mindset and seeks to balance the skills aspect of creativity with the necessary craftsmanship. Personally, I found that the continual doting references to her Zen master Katagiri Roshi grated on me after a while; I got the sense that Goldberg doubted her own wisdom. Overall, however, the book is a great reference to return to again and again for anyone looking to expand an inner sense of creative intuition.

The Artist’s Way: A Spiritual Path to Higher Creativity by Julia Cameron
This book has also just celebrated its 20th anniversary. Do not let the word “spiritual” in the title put you off. While not as ethereal as Writing Down the Bones, it nevertheless recognizes the value of opening yourself to living an artistic life and incorporating creativity into a daily routine. The exercises are non-threatening and include her signature methods of Artist Dates and Morning Pages. The companion workbook expands on the topics and exercises.

Juicy Pens, Thirsty Paper by SARK
SARK, a.k.a. Susan Ariel Rainbow Kennedy, is a San Francisco-based writer and artist who sprang onto the scene with her colourful poster “How To Be An Artist”, which became staple of university dorm walls everywhere during the 1990s. Each of her books is written in her hand-lettered, free-association style that looks like the pages are from her personal journal. SARK comes across as a gentle, encouraging friend in her writing. However, her style is not to everyone’s liking. The “California hippie” vibe and the multi-coloured pages often distract from her message., which may appear at times to offer little substance–but then the reader is left with an anecdote or quotation or concept that pops into their head later on. All in all, this is a non-threatening, encouraging book for anyone who would like to take that first step toward opening up to the possibilities of their personal creativity but is not quite sure how to go about it.

Writer Mama: How To Raise a Writing Career Alongside Your Kids by Christina Katz
This is a book written for women, especially moms, who have always wanted to write but have not had either the time or opportunity. However, Katz encourages them to use the perceived weakness of being “just a mom” as a source of a wealth of subjects to write about, as well as a source of innate wisdom. The age-old advice for any writer, “write what you know” is a recurring theme in Writer Mama. Katz’s method is to encourage moms to write freelance non-fiction articles for regional parenting magazines to establish a portfolio and learn the craft and business of writing. Katz covers a range of topics, from the practicalities of breaking into the business to finding time to write and keeping an organized writing space. Even non-mom writers will find her tips useful for magazine writing. She is realistic about the current state of the publishing world, but gives reassurance and encouragement to new writers that it is still possible to break into a paid writing career.

The Trickster’s Hat: A Mischievous Apprenticeship in Creativity by Nick Bantock
From the author of the Griffin and Sabine series comes a book that is not to be skimmed or glanced over, but rather worked through one step at a time?and no peeking at what comes next. Bantock urges everyone to do the 49 exercises, whether they are a visual artist, writer, or someone who doesn’t think they are creative at all. The tasks that he sets may seem frivolous, silly or even daunting and impossible on the surface but they encourage risk-taking and building confidence. They take the forms of collage, observation and drawing, but they are all designed to get the creative brain working through doing something tangible, because, as Bantock observes, the creative process often starts in the hands and works up to the brain. His commentary with each task is thought provoking, positive, and accessible. He does not talk down to the reader but treats them as an equal partner on the creative journey where everyone is trying to find their way. It invites the “user” of the book to get messy and try something new. It is a unique, refreshing departure from other books in the creativity genre. Bantock’s signature collages and illustrations between the sections are also a treat.

The War of Art: Break Through the Blocks and Win Your Inner Creative Battles by Stephen Pressfield.
Pressfield, a novelist and Hollywood screenplay writer, does not pull any punches. He provides a very frank discussion about creative resistance, of which writer’s block is one manifestation. His assertion is that any creative endeavour that anyone undertakes, be it embarking on a diet and exercise program, enrolling in university, or writing the next great novel, is guaranteed to be met with an equal amount of resistance that is ultimately designed to shut down progress. While some readers may react to this assertion with indignation, anyone who is creative understands the pushback that occurs, ranging from laziness to procrastination to a prolonged paralysis to do the work. But, Pressfield offers hope. Recognizing the tricks and ploys of inner resistance is a necessary first step to answering back and to make the conscious decision to move forward. This book will challenge you and there is a good chance it will also make you angry, but it is a recommended prescription whenever a stern pep-talk is required.

How We Got To Now: Six Innovations that Made the Modern World by Steven Johnson
This isn’t a book on creativity per se, but Johnson, a self-professed writer about ideas, explores the history of inventions through the centuries. Some may read this mainly as a science book. And on one level, it is. But the book’s worth is how it traces inventions through the path of a spirit of collaboration, accidental genius, and even absolute failures to get to the final “Eureka!” moments. Johnson has an uncanny knack to bring a sense of humanity to exploring difficult concepts. He also introduces the reader to people that are on the verge of being relegated to obscurity and do not get the credit for the final product, but yet are still critical to the process. This book is encouraging for anyone who feels their creative efforts are in vain and not important.

These books on creativity are just a small sample of what is out there. If you are interested in exploring the creative process further, just go and scan the shelves at your local public library or bookstore. You will not have a connection to every single book, but choose one or two that interest you. They might just lead you down a surprisingly meaningful path to understanding yourself a little better.

The Good Life – We Are All Artists