Columns
The Voice
The Fit Student – Are You an Expert?

Ericsson says no known limitation to human potential has been discovered. So, you should strive to practice your hobby purposefully. Maybe you’ll gain an edge you once thought impossible. Maybe you’ll go on to win a world championship.

For instance, let’s look at your favorite hobby. To become an expert at that hobby, you need to practice purposefully. First, you need a great coach.

Take me as a bad example: I once lacked solid coaching. When I was in my early 20s, I dreamed of becoming a professional singer and songwriter. I taught myself piano by hammering on keyboards with no instruction. I eventually read a touch of music theory, which upped my game.

I even took singing lessons from a coach who sang with a holler and who could hardly play the piano. He often had fits of rage over my lack of talent. But, he did at one point offer me free singing lessons. That’s when the fits of rage started. Under this coach’s care, I wrote and sang many songs, all of them similar to one another. My vocal range sucked, too.

Inexperienced coaching was partly to blame. At one of my performances, when my coach received recognition for instructing me on my worst song of the evening, he sputtered that the honor wasn’t his?it was all mine.

Yet, I knew what I needed: serious vocal and piano coaches?keys to purposeful practice.

Ericsson says getting feedback from a coach makes your practice better. A coach can give you homework with clear goals and objectives, help you break your goals into tiny manageable steps, and can give you immediate feedback so you don’t learn improper form.

Years later, I decided to take private singing lessons from a half-decent coach. With these singing lessons, I realized how quickly my singing could improve. I practiced constantly. My vocal range increased by at least double in a short time. Ultimately, however, I didn’t stick with lessons, and have since forgotten basic music theory.

Another example of excellent coaching occurred when I joined a wrestling team. The coach was world class. I also trained private sessions under an Olympian and five-time world champion wrestler. In my short stint with the wrestling team, my skills excelled.

Around the same time, I received personal Muay Thai training from a master. I had at least one private lesson a week, which gave me excellent punching form, and I practiced the technique an hour every day. I tell you, nothing tops a private lesson. Ericsson advises you to take private instead of class-based lessons if you can: you’ll get personalized feedback necessary for peak performance.

In addition to good coaching and private lessons, Ericsson says, make sure you practice with focus. Don’t be the competitive swimmer who fantasizes during laps unless you want to write the next great piece of fiction. Instead, stay focused, improving your form with every stroke. If you want to learn to dance, then focus hard on memorizing the steps and imagining proper form. Keep running the steps through your head, and keep practicing the movements at every opportunity.

Here’s some final tidbits on purposeful practice: Ericsson says when you get something right, increase your task load; when you get something wrong, decrease your task load. In other words, take gradual, well-thought out steps toward your goal. Bear in mind that Ericsson says experts find practice to be hard work and no fun. So, don’t worry if studying math or the classics bores you. They should bore you?if your goal is an A.

The Fit Student – A Genius! 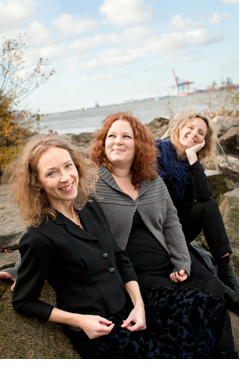