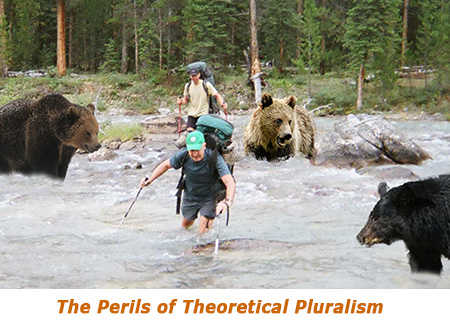 The following is the second part of our interview with Dr. Tony Simmons, a self-defined Hysterical Materialist. Dr. Simmons is a member of the Faculty of Humanities and Social Sciences and, as his self-written AU faculty listing says, he “has pursued a troubled and an undistinguished career at Athabasca University since 1981.”

What is your particular philosophy on student evaluation?
If you elevate it to the level of a philosophy, it’s a checklist of things that I try to implement. I’m not really as sophisticated with technology as many of my colleagues.

Sometimes I feel technology is more of a barrier than a bridge.

What pedagogical standpoint is most reflective of your way of teaching?
The influences I’ve had would be, I suppose, firstly, Socrates, because (in The Theaetetus) he outlines what he calls a Maieutic approach to education and teaching. By that, he means it’s an approach similar to midwifery.

So, Socrates is saying that, for real essential learning, we have to encourage the student to use those resources within the student. Often, learning is a process of bringing to the surface experiences and methods that the student may not even realize they have as resources.

That’s why we think of it as midwifery.

Socrates, but also the radical pedagogical theorist, Paulo Freire from Brazil, who also rejected what he called the “piggy bank” theory of education: students are not empty vessels into which we put our learning and knowledge. That’s a negative way of looking at learning.

To Freire, again the student has resources that are the most important part of the learning process.

What is your view on social media in the online learning environment?
[laughs] Well, it’s probably my own distance from a different generation, but if by social media you are referring to texting through iPods and iPhones, I have a kind of negative view because most of the exchanges I’ve had through texting seem to include what I would call formulaic, clichéd or shallow thinking.

The book I would reference for that is Nicholas Carr’s book called The Shallows, which is an extended critique of social media, that encourages what we can call the “link culture”: namely, that people believe they are educated simply because they can link onto Wikipedia or they can link onto this Website or that Website.

But the link culture does not make provisions necessarily for critical or for analytical, exegetical or empathic thinking.

Do you use the Landing in your teaching practices?

I don’t use the Landing. The reason I suppose why (I haven’t) is that I haven’t really had the time to experiment with it. If the uses are non-credit, most of my students would be disinterested because their time commitments are so precise that anything which isn’t going to be used for credit for the course, I don’t think they’d be that enthusiastic about.

If you could wave a magic wand and improve one thing about online education, what would it be?
You are pushing me again to my limits because I’m not really a specialist. But, I think I would like to see more synchronous group sessions. I know how difficult that would be with different time zones. I have had some experience in synchronous group sessions held at a time when people from a range of time zones can still manage to log-in to that.

If that’s combined with some version of Skype, it can restore some semblance of real class and real time interaction.

What is your view on interdisciplinary studies?
My own view is, and I’m not sure how popular this will be, that it would benefit a student?it would serve a student?to first develop an efficiency in a foundational discipline: to learn a language of a particular discipline, its vocabulary of concepts, its methods of inquiry, its classical literature. After that, then extend out into cross-disciplinary studies: at least the student would have established a frame of reference.

What was your favourite course to teach? Why this particular course?
My favourite course was Sociology 335, which is Classical Social Theory. The intellectuals I teach about were such (well rounded) Renaissance-like scholars: Marx, Durkheim, Weber, Pareto, even back to Ibn Khaldun.

I say that with the realization that the role of women thinkers has always been undervalued and often unacknowledged.

Part of my book tries to restore the tradition of (broad) Renaissance-like thinkers.

What does a typical student interaction with you look like?
I think most students get on with me okay because I use humour as an ineradicable part of the educational process. Students need to know that you are a human being, so when they ask me for advice about final exams, for example, after going through a checklist of the obvious things: read the final review questions, check the learning objectives of the course, look at the study questions and feedback from assignments, then I often do something the administration may find controversial, but I say, if you are a Catholic, ask a close friend or relative to light a candle and say a novena, but if you are not a Catholic, then I don’t have any ritualistic recipes to offer.

Most of them are amused by that.

If you could confer one piece of wisdom on an upcoming student in your discipline, what would it be?
It would be “Remember why you chose the path you are on.” Can I give you two quick examples? Have we run out of time?

I’ll try and be really quick here. When I used to teach at the U of A as a sessional in sociology, we occasionally had very distinguished overseas theorists coming. On one of those occasions, we had a guy named Paul Lazarsfeld, who was a hardnosed number cruncher and methodologist.

After he ended his presentation?and he founded the Institute of Applied Social Research at Columbia University?one of the hardnosed right wingers who was so delighted to have him here asked him, “Could you explain to us how you first came to your commitment to social research in sociology?” Lazarsfeldsaid, “It’s the only way I could combine my passion for mathematics with my commitment to socialism.”

These hardnosed guys just melted. They were horrified. He even went on to say, “You could regard me as a Marxist on a leave of absence.”

That’s one example. The other example was a guy called Nicholas Luhmann, who was the famous protagonist of JürgenHabermas?a major European theorist. When I sat down with Luhmann, I was briefly with him by himself at the (U of A) faculty club with a couple of beers.

I asked him, “Dr. Luhmann, how did you first come to study social structures and social systems?”

He said, “It was the end of the war when I was still young. When the allied troops came into Germany, I saw what seemed to be such impermeable and solid social structures melt away as though they had never been there.

“The postmaster, who had been a strict Nazi; the police chief; the fireman, all of whom had been members of the Nazi party, all their power dissipated in front of me. It seemed these social structures were so durable, yet they disappeared. I then realized how fragile these structures were.”

That made an impression on me. So to answer your question: “Remember why you chose the path you’re on. ”

What if it disappeared?
Well, in that case, you’re going to be like a mountain backpacker. You’re going to have to follow where it leads.

Please fill us in on the range of courses you have taught or designed at Athabasca.
The first course I ever wrote and developed was Canadian ethnic relations. That’s why I was hired: to do that course 380.

I’m just finishing my book up with my publisher on that.

Nice. What a compelling title.
Then I wrote the course on organizational theory. I’d jointly written a book on that some time ago called Reading Organizational Theory.

I wrote a graduate course in advanced social theory: 537. I converted that into 437.

Then I wrote a course on the sociology of war and armed conflict. I’m trying to see if the Royal Military College is interested in using it as an elective.

Then I jointly wrote our research methods course with another colleague: 366.