Articles
The Voice
Camp It Up!

There’s a lot going on this week. First, and most important, if you don’t already know, it looks like July is going to kick off with a postal strike/lock-out situation. Athabasca University has prepared this page to let you know how they’re going to be handling it. In short, learning resource packages and lab kits will be couriered at AU’s expense. Requests for paper exams will not be processed until things are back to normal. You can, however, arrange to have AU courier your exams to your invigilator at your own expense if you really need to get it done.

Library materials will not be delivered to your door unless you make arrangements for a courier to do so, AU won’t. But they do encourage you to use the various forms of inter-library loan. If you live near a university and haven’t already got a COPPUL card, now might be a great time to try the service out. (It’s basically a multi-university library card, go to any university on the network and you have some library privileges at all of them.) They also suggest talking to your tutor to see if there might be a reasonable substitute for a library book your course requires.

The second bit of news is that this issue is going to have to last you for two weeks. So read slowly. Next week, I’ll be taking a short break from The Voice Magazine to enjoy some of the summer at the same time that a lot of you are also on holidays. With Canada Day, Independence Day, and the start of the Stampede all happening within a single week, it seemed like a great week to not be busy with The Voice Magazine.

The third bit of news is you might have seen the advertisement by AUSU already, but AUSU is putting together a temporary committee to draft plans as to how The Voice Magazine might be improved. If you’ve got some time to spare and want to both learn more about The Voice Magazine and help improve it, check out their “Join a Committee” page.

Moving to what’s going on with The Voice Magazine itself, there’s a lot of fun stuff this issue, the writers got together and decided that for the start of summer, and to celebrate the long weekend, they’d put together an issue based around that summer holiday tradition, camping. I thought, sure, why not, it’s appropriate enough for Canada Day. However, as it turns out, most of the writers really aren’t that gung-ho about the whole “great outdoors” experience. Had I thought about it a little more at the time, I probably could have guessed. After all, writing and the wilds of nature don’t often mix that well, as The Writer’s Toolbox this week explores.

From Barb Lehtiniemi’s look at the experience of an old tent-trailer “Under the Teal Sky”, to Carla Knipe’s more direct “Why I Hate Camping” or Barb Godin extolling the virtues of camping, so long as you don’t have to miss your favorite TV show while doing it in her “RV Camping” article, a common theme not just of camping, but how it’s really not that great of a thing came clear. Only Deanna Roney, our intrepid wilderness camper, has a different point of view, but if you ask me, I’m with the others. Humanity has put a lot of brainpower and money behind making sure our exposure to the outdoors comes in as controlled a manner as possible. Who am I to put all that effort to waste?

Of course, camping isn’t the only thing we have going for you in this issue. We also have the final part of Deanna Roney’s photo feature, this time looking at the behind the scenes of the graduation itself. If you’ve wondered what the graduands are busy with when they’re not exploring AU or crossing the stage, you’ll want to take a look at this one.

Our feature article this week is the first part of our Course Exam of History 338 ? The History of the Canadian West. Dr. Eric Strikwerda, the professor and tutor for the course gives a really in-depth look at why, if you never thought of a history course as a possible option, you might want to reconsider for this one.

Of course, we also have some entertainment items, such as a music review of some summer relaxation music, with Samantha Stevens’ look at the new album by Sarah Jarosz, and Wanda Waterman’s interview with The Flux Machine, whose new album Louder! was reviewed earlier this year. That, plus The Study Dude, Dear Barb, and From Where I Sit round out this two-week issue.

So, whether it’s the postal strike or just the summer sun that’s keeping you from your studies right now, take a few minutes to check out all the stuff in this week’s The Voice Magazine. 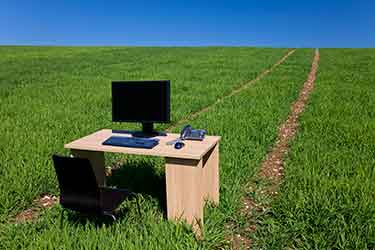