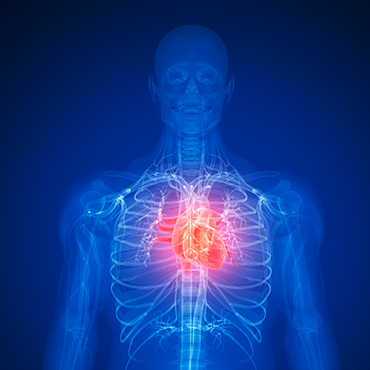 Throughout my life I have always felt palpitations and had trouble walking or biking up hills. I had this checked out many times and was told it was nothing. But in 2001 I had an EKG done. It showed an abnormality, so I was sent for further testing. I was told my heart was enlarged and they asked if I was a heavy drinker, which I wasn’t. It turns out there is a type of cardiomyopathy that is alcohol induced. So I was told it was nothing to worry about, and I just went on with my life.

From 2001 to 2008 I had a number of EKG?s. Most came back showing the abnormality, but nothing further was done. In 2008 I noticed a definite difference in my ability to walk up a hill. My husband and I camp every year, but that year I struggled to ride my bike up a hill that I had the year before, so I made a doctor’s appointment. My EKG came back with a left bunch branch blockage, and I was referred to a cardiologist. It was seven years later, and I had totally forgotten about the incident in 2001.

The cardiologist did extensive testing and I was diagnosed with Dilated Cardiomyopathy, which is a weak and enlarged heart. He asked about my family history, but both my parents had already passed away from heart disease and I was unaware of what their exact diagnoses were. The cardiologist said that I most likely had inherited this condition?probably had it for years. He suggested that my family members be tested as well. I was put on large doses of blood pressure meds to slow down my heart rate. At the time of diagnoses my heart was functioning at 55%. It is now functioning at 40%.

Perhaps if I had been put on treatment sooner, my heart wouldn’t be functioning at such a low level now. Since my diagnosis some of my family members have been screened and so far no one has this condition. My siblings and I do agree that my father’s family most likely carried the gene as they all suffered from heart disease. I wrote this article to bring cardiomyopathy to the forefront, and encourage people to get tested if they have any of the symptoms described below.

Symptoms of cardiomyopathy may include:
– chest pain,
– light-headedness while exercising,
– palpitations,
– shortness of breath,
– dizziness.

Dear Barb—When You Are Between a Rock & a Hard Place