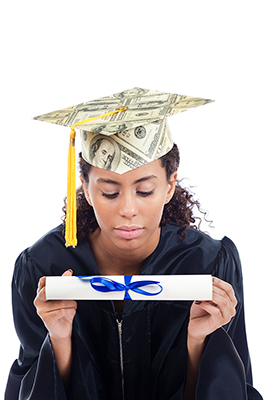 Another successful convocation has recently wrapped up at Athabasca University, but there is one debate around obtaining degrees in general that just will not go away. That is, whether there is any value to getting an Arts degree. The general argument is that Arts degrees are not worth the paper they are printed on, or that Arts majors stand far less of a chance of finding gainful employment in their chosen fields versus other majors. A pecking order to the perceived value of degrees has emerged in recent years. At the top of the list there are STEM subjects (Science, Technology, Engineering and Math), and then business and medical degrees. Arts degrees seem to get pushed further and further down the list when measured against other degree specializations.

When the economy slows down and jobs are becoming scarcer, one key factor in students deciding what degree or diploma to pursue is to weigh the outcomes of employment against the investment required to obtain post-secondary education. Even a cursory search of online job listings brings up a large list of IT specialists, jobs in business-related fields, and positions in the healthcare field, but positions in careers in the arts realm seem to be rare.

This is perhaps a reflection on what modern civilization thinks about the arts in general: that the arts are valuable to some extent, but there is a sense of snobbery when someone has ambitions to enter an liberal arts-based career. However, looking back in history, the opposite attitude was true. To be a well-rounded member of society, one had to be well-schooled in the arts to be considered fully able to participate in society. This attitude has changed, when economic output and the ability to earn money is now the criteria for making a contribution to the world. But is it really fair to pit one degree specialization against another? And is one field necessarily better than the other?

This is the question that is increasingly being raised in media reports both in Canada and elsewhere. On one hand, arts students often face a lot of external pressure. They face questions from friends and family who ask whether they are choosing a career as a writer or want to enter the teaching field?because what else is there to do with an arts degree. Or the fears are that their degree won’t qualify them for anything except a “B.A-rista” position at Starbucks. Even Forbes magazine has weighed in on the debate, previously labelling an arts degree the worst investment choice in education because employability afterward is not worth the money required to obtain the degree.

These opinions do nothing to try to get some real answers about the value of arts degrees. But in times of economic downturn, the statistics of university attendance in general point to a different story. Across all university populations, arts majors still make up the bulk of students and still remains the area of specialization of choice. University Affairs, the Canadian news and information source on the university experience, has tracked the debate surrounding the B.A. experience for some time, and has wavered between sounding the alarm that arts degrees will do nothing to keep up with the skills shortages in the technology and trades sectors, and recognizing that arts degrees are undervalued. So much for trying to give a definitively clear answer on the subject.

But more institutions and corporations are beginning to recognize that there is a place for arts majors in the workplace. New York’s Mount Sinai University’s School of Medicine has created a ground-breaking program called HuMed where arts and humanities majors can springboard into a post-graduate medical degree while filling in the necessary math and science requirements with upgrading. While this route to a career in a medical field is highly unusual, the rationale for such a program is that arts students bring a wider range of skills to the traditional pre-med program, including reading and comprehending large amounts of information and also being able to communicate information effectively. The university hopes that students having a wider skillset provided through a holistic education will ultimately lead to a better calibre of doctor.

Forbes magazine is also changing its views on the value of arts education. It has examined the qualities required in both business and technology and is reporting that many companies are looking for employees that don’t only know how to write computer code or crunch numbers. In the modern business world, companies are looking for people who know how to think critically, can logically follow all angles of an argument, and can communicate effectively to many different people. Companies are now increasingly emphasizing the “soft skills” that were previously thought of as a hindrance to business.

This is not to say that the pendulum will shift to arts majors ruling the university world. STEM subjects are still emphasized as the pathway to career success, and governments still call for investment into the technology and trades sectors when it comes to building economies. But perhaps this new recognition into the value of arts majors will bring more layers into the discussion of post-secondary education as a whole.

This debate highlights the fact that, overall, how the university system educates its arts students may need an overhaul. The process to obtain an arts degree has not significantly changed for many years. While the business and technology fields have embraced innovative programs such as Co-Op Education that combines work placements with classroom education, arts education has not experienced similar types of innovation. There has been more choice of specialization within arts degrees, such as the emerging field of Communications and Arts Management degrees, that have more of a practical skillset for those students concerned about employability, but, overall, arts degrees still mainly consist of reading textbooks and journal articles and writing essays in a chosen subject area.

It is difficult to say whether universities are willing to shift the overall mindset and approach to arts and humanities degrees. One possible direction for increasing the value of arts degrees is to offer more collaboration with other fields, such as business and technology, so that arts students can increase their range of practical skills that students in other fields are obtaining but arts students miss out on. For example, perhaps an English Literature degree could include courses in journalism or in learning the trade of magazine publishing in order to give them another avenue to find future employment. Or, perhaps new and innovative fields of study can be created so that the arts can respond and adapt to the changing world of business and technology while maintaining the roots of the role of the arts.

Perhaps it will be up to non-traditional universities such as AU to use their track record of innovative methods of learning to forge a new path in the arts. How universities will do that remains to be seen, as it always takes a great amount of courage to change the status quo, especially in a system that has been doing the same thing for centuries. But for now, there will always be that old joke that arts majors invariably face,.”Hey, do you want fries with that B.A. degree?” Hopefully, the future for them is that they will no longer be thought of in that way. 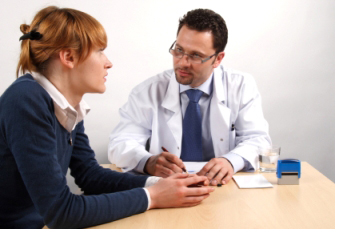