Features
The Voice
The AU Budget – Beyond the Numbers

The recent AU budget and the news that AU may be headed toward financial insolvency in the next two years was met with great concern by observers and supporters of the university. But predictions of the demise of AU are not new, and this new revelation was just one in a list of news stories during the past few years that have contained doom and gloom for the university. As a result, reaction from students on social media reacting to the news was lackluster.

But as The Voice’s editor, Karl Low, pointed out in last week’s editorial, this latest news was different, because it went beyond simply highlighting that AU was in trouble. The use of the term “insolvency” in the budget document had connotations of bankruptcy and crisis. But it is difficult to ascertain whether this indeed the case. The question also remains as to what exactly the budget means for those who are the heart of AU?the staff and students.

When contacted by The Voice for a statement regarding the budget, Athabasca University’s Board of Governors would not comment and instead referred all queries to the university’s Office of Communications. As of press time, the Voice has not yet received a response to its request for further clarification of the budget from either the Office of Communications and AU’s Vice President of Advancement but will provide that information when it is received.

The Voice also contacted the Alberta Ministry of Advanced Education. The office of Minister Marlin Schmidt issued a statement which reiterated the provincial government’s commitment to ensuring the future of Athabasca University. (see sidebar)

But while the reassurance from the government is one part of the picture in trying to discern what meaning can be gleaned from the budget, there remains a degree of confusion about whether the numbers presented in it are indeed a tactic designed to shock both AU’s governing bodies and the provincial government into providing increased support and a changed model of funding for the university, or whether it can be received with more of a relaxed perspective.

But this points to another troubling issue regarding how information is communicated. The question remains as to how external media outlets are obtaining information from AU, while staff and students feel that they do not hear about these issues first-hand from the university and are instead, like the general public, left to learn of them from external sources. Former AU tutor, Dr. Karla Panchuk, who recently left her teaching duties at AU, highlighted that even staff “are often left finding things out at the last minute, and lack critical information.”

She points to how the communication issue is perhaps indicative of a larger issue that all post-secondary institutions currently face in terms of how they operate. Operating under increasingly tight financial conditions, Panchuk says that higher education is being run more like any other business rather than a haven for educational ideas and ideals. AU’s recent financial situation highlights the fact that governments are under pressure to fund post-secondary education, but often themselves face their own financial pressures. On the other side, there is a belief by some that schools should be self-sustaining and should reach that goal at any cost.

In the middle of this are those that have a very personal stake in post-secondary education?the faculty, staff, and students. The cynical view is that they are simply a “product” that contribute to the financial security of the university. As Panchuck points out in her personal blog, this creates a vicious circle where staff, including teaching staff, are viewed as a cost best kept to a minimum. The end result of this business model is not education so much as course delivery, rather than supporting learning. Panchuk notes that “some might argue that if a student completes a course successfully then That’s all that matters. But if students are expecting to have a meaningful and transformative educational experience, then they are expecting something above what is viewed as strictly necessary to keep the business running.”

Certainly the AU budget numbers tell one part of the story, but they cannot predict the human impact that those numbers will ultimately have. A crisis budget will affect the stress and morale of the teaching staff who are on the front-lines and trying to offer a quality educational experience for students under difficult conditions, and that stress will be transferred to students who are trying to pursue their educational goals and have the best educational experience possible. After all, university students pay to be at university, and certainly there should be some acknowledgement that they have a say. The danger is that instructors who are operating under high stress and low morale will become disillusioned and burnt out. The danger for AU is that it will also follow other schools where most of the teaching is done by low-paid casual faculty, such as graduate students. If this is the case, then the stress on both staff and students will be self-perpetuating.

What the current economic reality and shifting employment patterns means for the long-term viability of universities in general, and AU in particular, remains unknown. Ultimately, if students are still completing coursework and obtaining degrees, then perhaps it doesn’t matter whether the institution itself is facing internal issues such as how it is being run and whether it is drowning in a sea of red ink. And maybe this is even where a portion of student apathy arises from, because for them the university system remains “business as usual.”

But if stakeholders in universities begin to question the current model and demand improvements to the way institutions such as AU deliver their services to students, then change will have to be asked for in specific, concrete terms. Dr. Panchuk says that communication is key. “A lot could be accomplished by having students talk with instructors about what their education could look like, and the challenges faced by instructors in delivering that experience. For the moment, as much as students might have a sense that they’re not being served well, I don’t think they fully realize how much they are being shortchanged.” Communication is also an important part on how honest and open the administration and board of governors is with faculty and staff.

(Editor’s Note: Previously, this article mistakenly ascribed several comments to the Marketing and Social Media Manager, Erin Stevenson. Those comments, regarding changes in AU enrolment, were not properly sourced. The Voice Magazine apologizes for this error and is looking into the matter.) 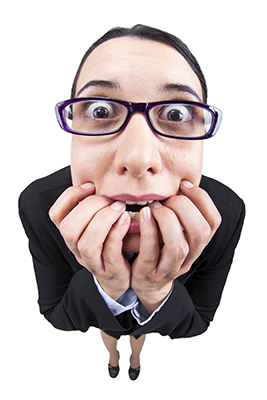 Stop Me If You’ve Heard This One