The world of ambient music is complex and mysterious, a world in which each musician is free to explore the unknown boundaries of music. Master musicians Massimo Discepoli and Daniel Barbiero come together on An Eclipse of Images. By combining their amazing talents, Massimo and Daniel were able to create melodies that are texturized electronic abstractions, music that is both soothingly melodic and startlingly discordant.

Massimo is a dummer, multi-instrumentalist, composer, producer, and teacher whose obvious musical talent flows from each track on An Eclipse of Images. Massimo also founded Acustronica in 2009, which is also the label under which Sétamùr (link) and Sergei Boal produce, musicians that were reviewed by The Voice Magazine in 2014. Driven by the desire to produce music that is original and creative, Massimo wanted to offer music lovers a diverse catalogue of music that wasn’t confined to genre (http://www.acustronica.com/about-us.html). Massimo is known throughout Italy for his spectacular drum compositions, and under the pseudonym Nheap, Massimo has released several albums that combine jazz, ambient, post-rock, and electronic music. The music that he has created under Nheap has been used by many companies (such as Samsung, MTV, CNN, and Bill Clinton Foundation just to name a few), short films, documentaries, and commercials (http://www.massimodiscepoli.com/en/bio.htm).

Daniel is a double bassist, sound artist, and composer currently living in the Washington DC area. He has been involved in a couple of ensembles, including The Subtle Body Transmission Orchestra. Daniel has also performed in Norton opera, the Nakatani Gong Orchestra, and he has also collaborated with the filmmaker Chris H. Lynn on experimental film soundtracks. Daniel was also the Music Director for the Nancy Havlik Dance Performance Group (https://danielbarbiero.wordpress.com/about/).

One of the most distinct sounds on An Eclipse of Images is that of the electric, double, and prepared double bass. With these instruments, the music on the EP is somewhat soporific, perfect for laying back and relaxing to. Massimo plays the electric bass in the first, third, and sixth track, with Daniel playing the double and prepared bass throughout the album.

Juxtaposing with the soft harmonies are Massimo’s sometimes harsh drums that frequently jump out at listeners throughout the tracks. As jarring as the interjection of drums are, the masterfully arranged layers and electronic effects prevent the drums from distracting listeners from the overall flow of the EP. In fact, the drums tend to add more complex emotions to each track, a feature which is often missing from other ambient music albums. On the downside, because of the drums, An Eclipse of Images is not an ambient album that can be played in the background as a means to mask the quiet. Instead, An Eclipse of Images is best listened to when quiet contemplation and creative inspiration is most needed.

For those interested in checking out An Eclipse of Images, the EP can be streamed and downloaded from Acustronica’s website. The physical CD can be bought from the company’s store when the EP is officially released in September. 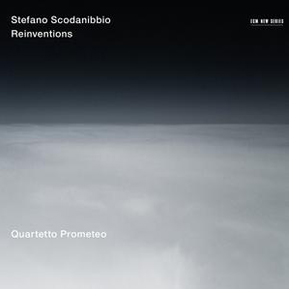