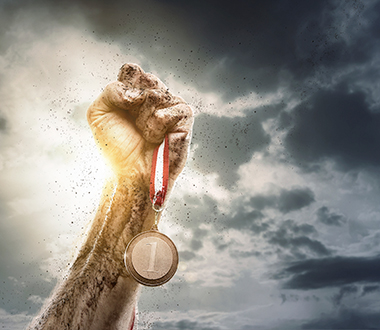 “Believe in yourself, and you can do anything,” we say.

“She thought she could, so she did.”

But sometimes the opposite is true. As important as it is to dream, It’s equally important to realize when an unrealistic dream is holding us back.

I’m reminded of this as I watch the women’s Olympic gymnastics finals.

As a kid, I was obsessed with gymnastics. I read it, watched it, practiced it in the living room. So my parents got me lessons at a competitive gym, and I was determined to make my Olympic debut a decade later. For years I tried and tried and tried and believed in myself and my dream. I was going to do this.

The problem was, I had no natural talent.

No, really. On a scale of one to ten, I was a negative four. Three years of lessons and all the trying and believing in the world didn’t change that?couldn’t change that.

That’s when I started realizing that maybe it wasn’t the right dream for me anymore.

So I joined the track team at school and found out that I was good at it. To an eleven-year-old, being able to “beat the boys” at the 60-metre dash was the pinnacle of the year, better even than the medals later. I stopped running in high school but took it up again two years ago recreationally, and now I’m on one of those ridiculous earn-a-medal-in-every-state kicks (3 down, 47 to go, but I’ve got my sights set on getting #4 in October). Apparently running was a better fit than gymnastics at that point?and it still is.

As a gymnast, I was stagnating and?if I’m being honest?not really enjoying myself. My dream had long stopped empowering me. Instead it was holding me hostage, tying me down to something that I no longer truly wanted. When I quit gymnastics, I wasn’t really giving up?more like letting go. Letting go to free myself up to dream more fully again.

As an adult, It’s just as easy to get stuck on a dream. Maybe we’ve got a goal that fit with our desires of one, five, ten years ago but that no longer matches what we truly want. Maybe circumstances have changed our perspective, and we’re looking at a different path than the one we originally thought was ideal.

We can keep dreaming big?but that doesn’t mean we can’t dream bigger. It’s okay to evaluate our dreams and modify them if our interests and needs have changed, and even jettison them if they’re no longer the right fit. It’s only when we give ourselves the freedom to turn our old dreams into new, better ones that we can dream fully once again. 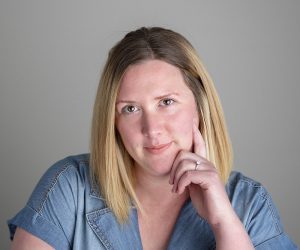