Columns
The Voice
The Mindful Bard – April and the Extraordinary World 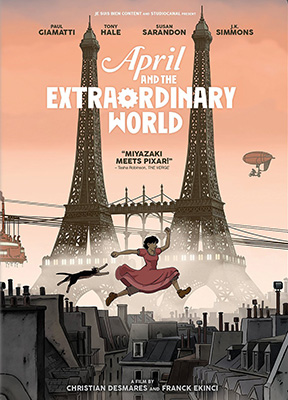 “According to Gandhi, the seven sins are wealth without works, pleasure without conscience, knowledge without character, commerce without morality, science without humanity, worship without sacrifice, and politics without principle.”
– Jimmy Carter

The plot of April and the Extraordinary World is based on the premise that all the great scientists of the early twentieth century simply disappear, essentially freezing 1931 France into a kind of steampunk wasteland so ravenous for wood and coal that It’s ready to go to war with Canada to get more. Any successful attempts to “discover” electricity are quickly stamped out, and no new science books have appeared since the last century.

In many steampunk books and films the age of steam is lauded as an alluring alternative to the environmental and technological chaos we’re facing now, but this film doesn’t guild that lily; this particular steam-driven world is cumbersome, dirty, and treeless. (When later our eyes encounter a real jungle, the sight of it, contrasted with the decrepit, barren urban landscape we’ve been seeing, is deliciously refreshing. The aesthetic contrast of the two worlds makes the visual extravaganzas of most science fiction films look gauche.)

In this world It’s a crime not to follow the empire’s military initiatives, and the police pursue the errant with mad zeal. A dilemma thus emerges for the scientist: Be true to the ruling powers and stay safe, or be true to professional obligations and risk one’s life.

April Franklin is the daughter of two scientists who’ve disappeared. She’s also lost track of her grandfather, Prosper, another scientist. The family had been working on a serum that would restore life and health and render the taker invincible. It was set to revolutionise life as they knew it, but before they could test it properly the secret police arrived and there followed a long period of separation, during which the powers that be did their darndest to get their hands on that serum.

April raises herself in hiding, inside the head of a great metal statue of Napolean III, his boot resting on a globe (suggesting George Orwell’s prophecy: “If you want a vision of the future, imagine a boot stamping on a human face? forever”). Keeping her company is Darwin, a cat gifted with speech by means of one of her parents? lab experiments (they’d been assigned the job of creating an army of invincible ape soldiers).

April’s raison d’etre is to find her family, perfect the serum herself, evade the empire’s control, and remain true to her integrity. It’s quite the trip.

Muted olive and tan colours added to black and white are a visual feast, granting this seedy-looking world its own steampunk glamour. The action scenes are arresting? things happen that are choreographed better than ballet, the characters accomplishing well-timed acrobatic feats conventional cinematography can only imagine.

There are so many clever little visual touches, such as a gramophone with a tiny boiler beside it to provide power, the home of April’s love interest Julius (the balcony of an old opera house converted into a boiler room), April and Darwin’s home in the head of Napolean, their shadows seen from outside darting back and forth behind his eyes, and April entering a burned out Normandy, via the Seine, in an old house converted into a submarine with legs.

April Franklin is a wonderful heroine, unglamorous in appearance but with an amazing vitality, a mind like a steel trap, a healthy attachment to others, and a firm sense of self.

Her ultimate opponents are Rodrigue and Chimène, giant lizards swathed in machinery. they’re married and have oodles of lizard babies, similarly metal-swathed, to help along their imperialist agenda. they’re highly intelligent, but only the gentle Chimène appears to have evolved past the primitive thinking of the lizard brain; Rodrigue, articulate and tyrannical, has no other goal than total power over all there is.

(Rodrigue and Chimène happen to be the names of the main characters in the French tragi-comedy, El Cid by Pierre Corneille? a kind of Romeo and Juliet story but in which both get to survive the odds. Spoiler alert: these lizards aren’t so lucky.)

In essence this film is the story of a conflict between instinctual, impulsive lizard brains and the self-actualised human brains manifested in the persons of April Franklin and her entourage.

The metaphor of the iron-clad lizards is a warning: the techno-lizard brain, scientifically advanced but remaining instinctual, ravenous, egocentric, and void of compassion and imagination, is where we’re headed right now if we don’t watch out.

April and the Extraordinary World manifests seven of the Mindful Bard’s criteria for films well worth seeing.

– It’s authentic, original, and delightful.
– It poses and admirably responds to questions that have a direct bearing on my view of existence.
– It stimulates my mind.
– It harmoniously unites art with social conscience.
– It inspires an awareness of the sanctity of creation.
– It renews my enthusiasm for positive social action.
– It makes me appreciate that life is a complex and rare phenomena, making living a unique opportunity.

Primal Numbers – The Science of Crime 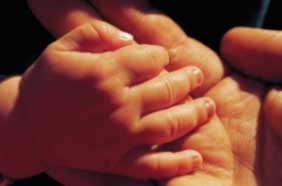 Holding To Her Artistry – (… for Mother’s day)