And if you’ve been to a traditional university, the biggest memories of student council tend to be those events and activities they get up to: loud protests on the lawn, scandals in the student newspaper, getting harangued during the annual student union elections. So much of it seems like such a waste of time, and completely separate from your goal of getting that degree and an education, doesn’t it?

But like many other things, at AU, AUSU Council is different. To start with, it’s smaller than most. This means that if you’ve got ideas, you’ve got a good chance of them having some effect on the organization.

Another difference is that AUSU has a record of being able to punch above its weight. The reason for this is simple. Our students are different. While students’ unions from traditional universities have student councils that are populated with traditional students, AUSU has an older, more experienced student base, which means an older, more experienced student council. So if your idea of what it’s going to be like on AUSU is created from the news stories and memories of students’ unions on traditional campuses, you’re probably wrong. In fact, with no campus, AUSU council doesn’t spend a lot of its energies on creating events or spectacle. Instead, that effort goes toward things with long lasting effect, such as changing university or government policy, or developing programs to benefit students year after year. In short, it’s a serious body, and if you become part of it, you can add things to your resume that have some heft.

All of which brings me to our feature article this week, “Making a Run For It”, where Barb Lehtiniemi outlines a couple of reasons why this by-election would be a great time to get in on AUSU Council, as well as some ideas of what the job may entail. And in the student sizzle, you’ll find an informative, albeit tongue-in-cheek, video of how to create a winning campaign advertisement.

Also, Deanna Roney goes a bit more in-depth into social media, looking specifically at how Instagram, the photo sharing site, can be of use for people who aren’t traditionally taking pictures. We also take a look of how PowerPoint presentations can be made interesting again, and how that advice can apply to your essays as well.

Not to mention a selection of news, music reviews, interviews, advice, and entertainment, including part three of our graphic novel, The Doppelgänger Cure.
Enjoy the read! 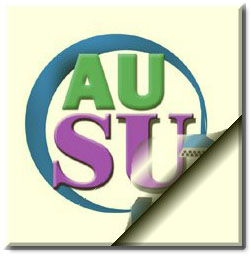