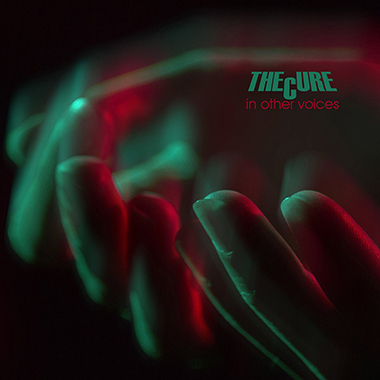 Band: The Infinite Seas
Single: “In Your House”

The Cure fans rejoice! LA-based The Infinite Seas has just dropped their amazing cover of The Cure’s “In Your House.” Known for their stunning electronic beats and beautiful harmonies, The Infinite Seas have composed a unique cover that enhances the best parts of the original.

The Infinite Seas is the brainchild of music producer, guitarist, vocalist, and songwriter Dino Bose, who also owns and operates the LA recording studio Infinite Creativity Group. The cover of “In Your House” was part of a larger project, titled The Cure In Other Voices, put together by the Brazilian record label The Blog That Celebrates Itself Records. Perhaps one of the greatest aspects of this musical venture is that The Infinite Seas identifies The Cure as one of their influences. It always great to see a musician get the chance to work on a piece that has had an effect on their work.

Often the cover of a song, well-known or not, is a horrendous attempt at a newer musician trying to recreate the song in their own image. Sometimes it works, many times it doesn’t. However, in this case, it is obvious that The Infinite Seas takes great care in their rendition of “In Your House”.

The Cure’s “In Your House” is dominated by the dour guitar, which is punctuated by the entrancing drum beats and occasional early 80s electronic effect. The vocals are quiet and monotone, and the lyrics are very simple.

The Infinite Seas? “In Your House” opens with the similar guitar and drums, however, with a modern flare. The updating of the sound is fantastically done, and The Infinite Seas stay true to the original’s harmonies and melodies. However, The Infinite Seas does add their own flare to the song. If you listen carefully during the intro, you can hear a woman whispering softly in the background. The whispering effect is used a couple of more times, typically where the original had lengthy pauses of instrumental music. The whispering doesn’t detract from the song at all. In fact, this slight addition elevates the track to a whole new level. Dino’s singing is also perfectly suited to this song. He keeps to the monotone vocals of the original, but his singing is slightly more breathy and higher pitched.

The tempo of The Infinite Seas? rendition is also slower than the original, giving the cover a more psychedelic-rock feel. The cover is also longer than the original by just over a minute. But if you are a fan of melodic heartbeat rhythms and reverberating guitar effects, the five minutes simply fly by. An interesting observation that I made, was that the song ends the same way is starts: with a simple drum beat fading in at the start and fading out at the end. In fact, if you put the song on continuous play, the transition is almost seamless.

If you are a fan of The Cure and don’t mind cover songs, then I highly recommend checking out The Infinite Seas rendition of “In Your House”. Not only is it a wonderful modernizing of the original, but it is a great way for these musicians to pay homage to their musical hero.

Also, because of its steady beats, melodic vocals, and lulling guitars, I would also highly recommend this track for a study buddy. You can limited stream or name your price for the track on the The Blog That Celebrates Itself Records? bandcamp page, as well as on The Infinite Seas? bandcamp page.