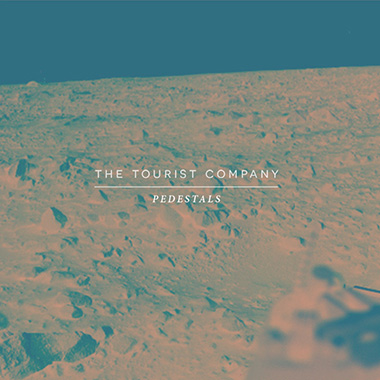 Following the success of their previous three EPs and a summer spent playing the Canadian music festival circuit, Vancouver’s The Tourist Company is gearing up to release their debut LP this fall. In anticipation of the release the album Apollo on October 21st, The Tourist Company released the single “Pedestals” on August 16th.

Formed in 2013, The Tourist Company has garnered considerable attention as a budding alternative pop-rock band. They have shared the stage with bands like We Are the City, Dear Rouge, and Fast Romantic, and their music has gotten extensive radio play (http://www.thetouristcompany.ca/biopedestals-release/).

The Tourist Company consists of Taylor Swindells (Vocals/Guitar), Jillian Levey (Vocals/Keys), Josué Quezada (Bass), and Brenon Parry (Drums). In “Pedestals”, the quartet is joined by Stephanie Chatman on violins, and Brian Chan on cellos. Written by The Tourist Company’s Taylor Swindells, “Pedestals” was mixed by Colin Stewart and mastered by Brock McFarlane. The track was recorded in The Space Studios in Vancouver, BC, engineered by Dan Klenner, and produced by Jordan Klassen. If that last name sounds familiar, it may be because Jordan released his second album Javelin earlier this year.

For those who enjoyed Javelin, “Pedestals” is fairly similar. Much like Jordan’s music, the music is soft and beautifully melodious, with attention given to the artistry of the track. There are no harsh beats or tones, and the rhythms seem to flow naturally throughout the music.

“Pedestals” opens with a light and steady beat that slowly crescendos into the string accompaniment. The lyrics and vocals are typical of the alternative pop-rock genre in that they deal with a troubled relationship, yet the chorus really punches a hole into the song. While the steady build to the chorus increases the momentum and anticipation, there is just something about that chorus that really stands out. The solo drum smash punctuates the transition perfectly, and the lyrical switch from an outward statement to an inward wish really sets it apart. The string accompaniment during the chorus also helps differentiate it from the rest of the song.

There is also the poetic quality of the lyrics. While they may sound repetitive at first, reading the lyrics on the band’s bandcamp page shows how much thought and care was given to the lyrics. The two A verses show a masterful understanding of the poetic form. The B verses and chorus that double at the same point in the song heighten the feelings of conflict. The additions of rhyme and repetition, in addition to a few other poetic devices, make the lyrics in “Pedestals” a poetical joy.