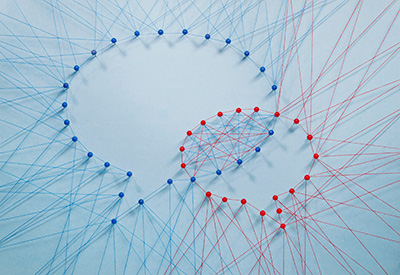 Have you ever Reddit? If you aren’t even sure what that is, don’t worry. It’s one of the largest social media platforms and websites out there, but it gets pushed behind Facebook, Twitter and Instagram in popularity, so is often seen as the biggest online media platform that no one has ever heard of.

It functions the same way as social media, but is a bit different because it does not look as “snazzy” with a lot of graphics and photos. Registered users can ask questions, get answers, and other users can vote on the usefulness of the content as well. It is a little bit “old school” in the sense of how it harkens back to a bit of LiveJournal or Usenet, but anyone can register and anyone can participate. One of the reasons why Reddit is so popular is that it is more of an open social community than Facebook or other social media platforms.

Because there is an incredible amount of content on the website, users can subscribe to “subreddits” that focus on certain subjects of the user’s choosing, such as from a user’s geographic area or interests. Like other social media, a whole system of netiquette has developed surrounding it, but beginners can easily find their way around. It’s also a system that democratically elects the best content to the most visible position: a self-moderating forum. Reddit is also relatively private because it doesn’t (or doesn’t have to) link to the user’s actual identity unless the user feels comfortable disclosing that rather than a separate user name. This creates a layer of security for those who might not want to ask what they see as a “stupid question”. However, many celebrities and politicians are embracing Reddit as a way to interact with their fans?or critics?but the advantage with Reddit is that there is room for more in-depth discussion that isn’t limited by 140 characters.

AU student, Billy Dee, is trying to revive AU’s Reddit page. He discovered that there was a subreddit for Athabasca University that was created three years ago, but the page has become stale since then with minimal activity. He says that he stumbled on the AU page by accident, as a result of searching for Athabasca University on the site. However, he noticed that the existing moderators (or ?mods?) have been dormant for years so the sub dropped off the radar due to inactivity. Billy has had previous experience moderating online communities, sine proboards and geocities sites so he knew the skills required to build an online community and keep the momentum going. He envisioned AU’s Reddit site to engage his fellow students because, as he points out “we’re all missing a core component of school at AU–there’s no classrooms!”

Billy has big plans for the site. He has been in touch with some helpful staff at AU who gave him the official school colours and some images to make the pages more inviting. He says It’s all about keeping the goal of engagement in mind, and other subreddits have adopted a customized page format very effectively. But as he says,”, I don’t want it to replace anything, but to work alongside the other channels the students have to communicate, build relationships and share.”

Reddit may offer an advantage over other AU communications avenues. AUSU has discontinued its own forums, and while an alternative exists in the Athabasca University Landing, users may not feel comfortable posting on there as what is posted on that site the postings is tied to the person’s real identity. And since not everyone is on Facebook or Twitter, Reddit may be just the thing to invite more students, staff and tutors to discuss what matters to them about AU. This platform may have an advantage over other social media because Reddit offers the function where someone can easily check whether a question has been asked?and answered?before, similar to a FAQ.

With any luck, AU’s Reddit page will become its own place that offers vibrant discussion and where all AU supporters?undergraduates, grad students, alumni and the wider community?can mingle with each other. But for that to happen, people need to subscribe to the site, which can be found at https://www.reddit.com/r/AthabascaUniversity/ and engage with it. Perhaps Reddit will become your new favourite form of social media.