Columns
The Voice
The Creative Spark! – Open Up and Say “Ah..”

It’s time students wrote intros that entertained. Not just a quote, an anecdote, or a shocking stat of an A performance by Bieber.

If you open a speech like that, don’t act the ham. No-one may laugh. (Cough.)

Instead, sport a straight-face.

Or better yet, learn 101 Ways to Open a Speech by Brad Philips. Philips says pick and choose one or more ways to liven up your spiel. Open wide. I say, splash your essays with openers.

Profs love playful writing. And it’s about time they read papers that entertained, not drained. In fact, fun academic writing is my motto. And you’ll get joy wrestling with your canned opener.

But be selective. Open with strategies you know.

Philips lays out broad tips for opens; bit by bit, I hope to flesh them out.

For instance, he says, “Use self-defacing humor,” but the question is how.

We’ve already opened this page with a joke, so let’s start there.

Finesse with funnies: Philips warns about opening with a joke. Stick to insider jokes, irony, or a funny anecdote, he says. I beg to differ. Instead, go pro with crafting jokes: read Joe Toplyn.

Play the fool: Philips says, put yourself down jokingly, but don’t belittle your expertise on the subject. But self-effacing humor plays out in speeches, not essays.

Steal-a-joke: Borrow someone else’s one-liner, funny-joke, or cartoon, says Philips. Forget the cartoon when writing an essay, but cite all jokes.

Philips skips the how-to of joke-telling. In a recent Creative Spark! we learned the craft of making pro jokes.

Aphorism: Aphorisms are short, punchy pieces of wisdom: What’s good for the goose is good for the gander. Don’t sicken us with clichés. Instead, say the opposite of the aphorism: why, in your context, the aphorism is dead wrong. The goose and gander learned game theory.

Analogy: An analogy takes a simple, well-known idea to explain a complex, unfamiliar one: despite the voodoo beliefs that rocket science is so tricky, the scientist showed the boy it’s no more difficult than connecting two wires.

So, open wide, stick out your tongue, and say ah, another A paper. 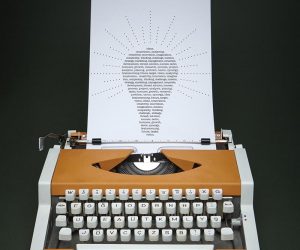 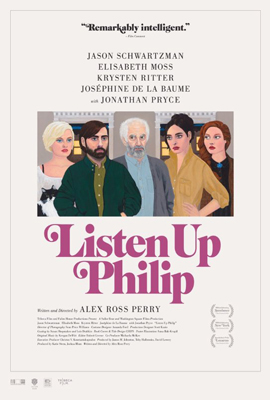 The Mindful Bard – Listen Up Philip