Articles
The Voice
Personal Branding – A Blessing or A Curse? 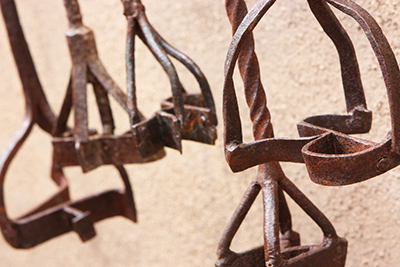 This is not going to be an article about Brad Pitt and Angelina Jolie?or, if you prefer, “Brangelina”. But the current state of their family problems aside, the celebrity power couple has become the top example of how entrenched personal branding is. Now, it seems that presenting yourself to the world as a walking CV or advertisement is a necessity. Or is it?

The concept of personal branding was developed during the mid-to-late 1990s, after the internet started to gain momentum and before social media became a thing. It was sparked by business writer and advisor, Tom Peters, in an essay A Brand Called You. Peters asserts that in the modern business world, people need to take a lesson from major companies and market themselves to the world using similar tactics. He asserts that branding is necessary to really show companies what you are all about, rather than the black-and-white two-dimensional view on a resume. If someone does not market themselves in this way, they risk being left behind.

Since then, personal branding as a career advancement tool has taken off. Technology has undoubtedly helped. Business schools and companies alike now offer courses and seminars to maximize personal branding through managed social media and other strategies lifted straight from public relations and advertising. The goal of branding is to create a complete self-package for what has been termed as “Me, Inc.” Branding means that it is no longer enough to submit a polished resume to a company in the hope that the person sitting across the desk will like what he or she reads and hire you. Now, the whole package includes a killer LinkedIn profile, a lifestyle blog, a professional headshot (or if that fails, a collection of strategic selfies), a slick website, a personal YouTube channel, and the list goes on. The competition to stand out in the crowd and get ahead takes the whole business ethic from the 1980s and ramps it up a thousand times. The question is, however, that no one seems to have definitely answered is whether branding becomes just another form of pressure on the jobseeker. And what happens to those who don’t?or can’t?play along?

On one level, self-marketing can be positive in the right circumstances, particularly for self-employed entrepreneurs. But despite reading all of the advice available on branding, the whole definition and process becomes rather confusing. The ethos behind it is that it is a way to present an authentic self to the world. But ironically, the search for that authenticity just might result in an edited image of the self that is inauthentic.

A troubling aspect of personal branding is that branding is biased toward extroverts who love to network and get themselves in front of other people. Those who are introverted and prefer to keep some aspects of themselves private, or those who don’t feel the need to toot their own horn?who would rather do almost anything else than work a room at a cocktail party?seem to be disadvantaged when it comes to the rules of self-promotion. The number of networking groups that have popped up all over are testament to this. The general rule seems to be, “if you don’t get out and network, you are going to be left behind.”

This leads to another principle of whole mindset of personal branding, which is “brand yourself before others brand you.” The whole idea of crafting an image that others use as a filter to see you resembles high school, where students are typecast into one clique and that stereotype stays with them forever. Having a personal brand, complete with catchphrase or motto, elevator pitch, and business card seems to be the right thing to do in this age of celebrity. But does it ultimately matter? Does it make a huge amount of difference compared to knuckling down and developing real career skills and honest credentials? No one seems to be able to answer this question.

But personal branding has entered society more than we’d like to admit. While positive branding may help someone get ahead in a career, it can also have unintended consequences that reach far beyond the workplace. Especially for younger people. Raised on the internet there is perhaps greater pressure to use social media to their advantage. However, there can also be the negative consequences when one unfortunate photo goes viral on Facebook or someone is filmed on a cell phone engaging in an activity that is definitely “off-brand.” Companies admit that they look at a job candidate’s online profile, including their social media posts, before deciding whether to hire them. The reality is that smartphone cameras are everywhere and the odds of being caught for posterity doing stupid stuff has risen dramatically because of them. But, unlike building a brand, there aren’t a lot of tips out there to provide a remedy of rebuilding a reputation when it somehow goes wrong.

So rather than getting carried away with the whole self-marketing trend, a step back and a word of caution might be necessary to liberate people from the tyranny of feeling like they are not getting seen or heard by the “right” people.

The flip side of branding is that it can end up being its own form of imprisonment; something that restricts people from living the life they want and having the freedom to stretch themselves because it might go against the manufactured image. The whole point of growing and developing as a person is that it takes gumption to sticks one’s neck out, to try new things, to make mistakes, and ultimately learn from those life experiences. If a personal brand prevents someone from living life because of the underlying fear of appearing foolish or outside their comfort zone, then branding is the opposite to reaching for growth and development. Ironically, the ultimate effect may lead to the dull, one-dimensional CV that branding was trying to avoid to begin with.

While personal branding is the new corporate game that all the cool kids are expected to play, the skills or resources?such as having at least one advisor, a personal agent of sorts?isn’t something that comes naturally, or that everyone has access to. Advertising companies employ whole teams to do this sort of thing, after all. Is personal branding something that will be taught in high school career education classes as a life skill along with resume writing and how to survive a job interview? And where will personal branding end? Will it lead to a “trickle-down effect”?something that is not just for corporate high-flyers but also a necessity for everyone, even retail sales assistants or restaurant wait staff?

Creating a brand, rather than highlighting different aspects of a personality, might be restricting and limiting more than it liberates. The brand becomes an ever-present boogie man that lives in the subconscious, no matter whether you are at work or enjoying some leisure time. Imagine, if you will, you become someone like those celebrity couples who cannot pop out for a jug of milk or enjoy a meal out with friends without being photographed.

It is difficult to tell whether branding is here to stay or if it will be one of those trends that will peak and then just fade away into obscurity, just as it remains to be seen what happens to Brangelina (or, more accurately, is it, BRANDgelina?). Meanwhile, the people seeking clear career advice are perhaps being left more in limbo than ever before.