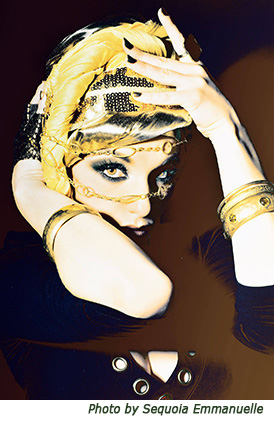 Haji i Ji and Sariyah Idan just released their beautiful collaborative track “Where Will I Go.” Part of Haji i Ji’s latest EP, Reports of My Demise, released September 20th, “Where Will I Go” is an amazing single that is sure to having you grooving to the sultry beats.

The artist Haj i Ji (formerly Sub Swara, Freek Factory, Nyxyss) is known for his unpredictable creative nature and willingness to push the boundaries of music and genres. Starting out as a DJ in New York, Haj has had an exciting career that has spanned from New York to San Francisco. Reports of My Demise is the second album that Haj has released on his label On The Perch Records.

Hailing originally from New York, and having relocated to Los Angeles, singer/songwriter Sariyah Idan has recently been creating waves in the Los Angeles music scene. Known for her ability to blend a variety of musical genres like soul, reggae, jazz, and hip hop, Sariyah’s voice brings to mind memories of beautiful songstresses like Sade.

As a child, Sariyah was part of the Vanaver Caravan dance and music company in New York, and it was there that she was first introduced to the sounds of the world. Now, Sariyah aims to blend sounds from all over the world as a way to express her social activism. Sariyah has shared the stage with Peter Seeger, Lee “Scratch” Perry, and Yusef Lateef, and in 2014, Sariyah released her debut EP Deeper Than Skin.

“Where Will I Go” is an amazing collaboration between artists which demonstrates that music should not be confined by the notion of genre. The track was written by both Haj and Sariyah, with Sariyah providing the vocals and acoustic guitar. Sariyah’s part was recorded at On The Perch Studios in Sonoma, California, and the track was mixed by Jon Margulies of Hobo Technologies in Los Angeles, and mastered by Audible Oddities in Oakland, California.

If you are looking for a song that will lull you, relax you, and still make you move, then “Where Will I Go” is the song for you. The steady rhythm and sensual guitar creates an entrancing melody, and Sariyah’s voice is majestic. Yet, the reggae and flamenco-feeling beats will get anyone’s hips swaying and feet shuffling, making this song not a “sit back and relax” track. Therefore, “Where Will I Go” is best listened to when taking a break from reading or studying, times when you need to get your body up and moving.

“Where Will I Go” is available on iTunes, Soundcloud, and through Raven Recording, where fans can also find the rest of Haj’s EP Reports of My Demise. 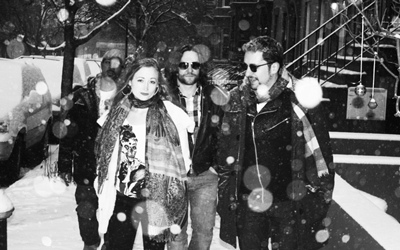 Music Review – “Get You Good”