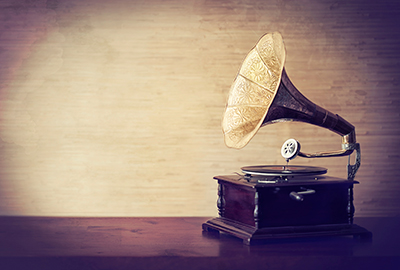 My husband turned to me one evening and said, “Do you know that some of our favourite albums turn 25 years old this year?” “Oh yeah? Name them,” I replied. He proceeded to rattle off a list straight from our iTunes playlist. Tori Amos, Little Earthquakes. Pearl Jam, Ten. REM, Out of Time. Niravana, Nevermind. U2, Achtung Baby. My husband then informed me that 2016 also marks the 30th anniversary of even more iconic albums. Peter Gabriel So. Paul Simon, Graceland. Pet Shop Boys, Please. Genesis, Invisible Touch.

I was fascinated by these facts but I also instantly just felt really old and kind of depressed. In that moment I understood what the flower children of the 1960s went through during the 1980s, when their youth became relegated to department store background music and was labelled “retro” or “classic.” Now it was Generation X’s turn to go through the same thing. But this time, there would be no version of The Big Chill that would both celebrate and lament this milestone.

This got me reflecting on the current state of music. People?of whatever generation they were raised in?are likely to experience a moment where they swear that current music has reached a terminal state of decline and it just can’t compare to the music they grew up with. I’m not sure about that, but as a parent I experience the changing climate of music through the musical tastes of my tweenaged son.

Before parenthood, I vowed I would never criticize my kid’s fashion/music/pop culture in the way that my own parents did. I swore that I would never, ever restrict my offspring’s self-expression because I remember their arguments, that I was wasting my time in front of the stereo or television and there were chores to do. But, in reality, my previous idealism hasn’t quite matched my actual practice. My son listens to goodness-knows-what, found via YouTube and played at high volume. Sometimes, it is video game music and other times it is a song that his peers are talking about. I find myself saying to him what my parents shouted at me: “Turn it off, It’s complete rubbish?and go do your homework.”

But the key difference with today’s youth is that, for the first time, they are Generation Wired. They have never known life without the internet and they have an amazing array of technological devices–and the apps that go with them–at their disposal. Technology will shape their personality and worldview in a way that no other generation can imagine. What effect that this relationship with technology will have on the future of pop culture is almost impossible

I honestly can’t make any predictions. Trying to pin down statistics to find out the exact current state of modern music is difficult, because they vary widely between markets, regions and genres and even vary so much from year to year. But pop culture is changing. From my own experience, speaking as a “child of the 80s” who grew up in the pre-Internet days, I think the pre-Internet teenagers had to work harder for our musical identity. Music came to us through the Top 40 charts, by rifling through the stacks of albums (either on just vinyl or cassette at first, then on compact disc) at the record store, or through watching television shows like CBC’s Video Hits after school or the American-based Friday Night Videos. If we were lucky to live near a major city, we could see our favourite bands or we could afford to take a gamble to see up and coming artists for a reasonable price. Because we had to actively seek out our music, it really was a soundtrack for our lives and we could pinpoint when and why a particular song or an album affected us the way it did and why it still affects us today.

Because of technology, access to music is now much easier. Where once there were boom boxes, now there are iPhones. YouTube and Vevo are the watch-anywhere platforms of choice for music videos while the video channels, MuchMusic and MTV, tied to the television set, have lost their allure. Discussion about music has been taken away from the pages of Rolling Stone and transferred to blogs and chat on social media. Where exposure to music was once limited to listening to local and national radio, listeners have a whole world’s worth of stations and genres to explore thanks to online streaming. Artists now have many more ways to promote themselves beyond relying on concerts or the music video or the radio interview. The weekly music chart shows are no longer an event listened to by millions and people are now just vaguely aware of a song’s chart status. Record shops are closing and traditional album sales are dying.

However, despite this shift, the same challenges that existed before the internet still exist. Despite the world of pop culture being opened, musical artists still face the same struggles to become known and establish a fan base. There are still artists who are household names and dominate the industry, and at the other end there are still independent artists who are waiting for their first big break.

But, overall, I get the impression that despite the difficulties that the music industry is facing, to paraphrase Mark Twain, the reports of music’s death are greatly exaggerated. It has a huge part to play in the lives of both the current generation of teenagers and “older” people like me. I observe my son and love how he doesn’t feel he must be limited to what is considered cool. I’m glad that he feels free to explore what he is interested in, and not what someone just tells him to based on what is most popular at the moment. Our family’s iTunes playlist, gleaned from years of collecting physical CDs as well as purchasing digital albums for download, is exposing him to all sorts of genres from classical to ambient and rock. I also try to listen to his opinions of what he and his peers are listening to because having that dialogue and an open mind is important.

As my son gets older, I know there is bound to be conflict in our differing musical tastes. But if music is what a person values and enjoys, no matter the genre or technology, it takes effort to cultivate that appreciation. Music will still take effort to seek out what is interesting and worth listening to. Music will always be around us and be a soundtrack to our lives if we let it. It will just, more than likely, be so in a different way than what we grew up with.

Carla would love to start her own typewriter collection and recently bought her first manual machine! She wonders what would happen if she were to submit a hand-typed essay to her tutors. 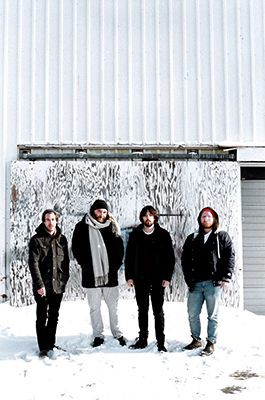 In Conversation with Walrus