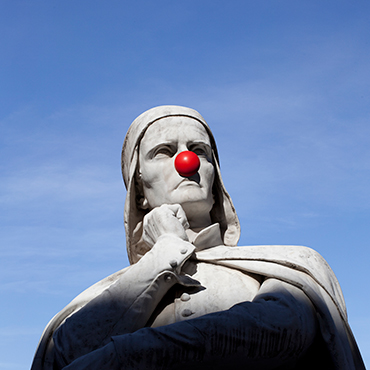 Now that you’re in university you’re expected to lay aside childish things, to take life a little more seriously, and to apply yourself to the pursuit of higher knowledge. The problem is that every so often all the seriousness weighs so heavily it clogs your neural pathways.

If you don’t consciously inject a little stupidity into your life from time to time you may eventually find yourself dressing like a beat poet and haunting back alleys in search of Godot. Or you might just chuck it all and go back home to spend the next two years in your underwear playing video games and watching Jackass reruns.

Be warned—the danger is real. But prevention is simple: regular temporary escapes into the mindless, the silly, the gauche, and the campy.

So let’s get started.

1. Television. You’ve heard enough about how the idiot box saps initiative and creativity, turning your mind to applesauce and your body to rice pudding. And you know that television allows covert manipulation-bots to enter your brain and force you to do the bidding of government and big business. But television feeds your brain when it’s too tired to feed itself, and this mental fast food diverts you from the gravity of your educational goals, granting you the respite needed to dive fearlessly back into Neurology 101. So, find yourself a silly sitcom and enjoy it without shame. If the urge to change your deodorant brand overtakes you, It’s a small price to pay.

2. Comic books. True, graphic novels have now entered the libraries of the intelligentsia, but this in no way erases their humble roots. Lest we forget, authorities railed against comic books for years, insisting that they would impede literacy and lead youth into lives of crime. Who cares? Comic books are fun to read; they remind us of the carefree days of childhood, and they’re designed to hold our interest. It’s the perfect escape

4. Pop music. Okay, yes, most of it is unbelievably boring and derivative, which is why most of you prefer alternative, jazz, classical and avant garde music, but there are times when that bubble-gum broken heart ballad or that rock victory anthem says exactly what you need to hear to get you up and swinging again. Ditto for commercial country music.

5. Fake cologne. Sure, some of it carries that mysterious whiff of dog urine, but you can still find scents that surpass the beauty and staying power of those produced by the top haute couture houses, and you, dear student, have hardly any disposable income. In your face, Coco Chanel? I’ve got Avec Amour, the Chinese version of With Love by Paris Hilton. I paid three bucks for it at Dollarama. It smells divine, and it lasts. If you live with snooty roommates, just hide the bottle.

6. Velvet paintings. There’s a reason why these won’t go away. There’s just something so evocative about that questionable subject matter surrounded by inky blackness. Search the local flea markets for the dogs playing poker painting and put it up over your desk. Every time you start taking your academic struggle too seriously, just look at the painting, have a little chuckle, shake your head, and remember that at least you’re better than that.

7. Weird food. Defining this is highly personal. It might be baba ghanoush dip, pickled pig’s feet, or peanut butter and onion sandwiches, but eating weird food wins you rebel points, double for every time someone watching says, “Ew!”

8. Muzak. Stop hating it. It can make your summer job at Zeller’s or your weekend burger-flipping job seem slightly less hellish. Let it carry you away to a land of gumdrop trees and cotton candy clouds. You need that sometimes.

9. Belly laughs. Yes, they’re usually about dumb things—a thwarting of expectations, a telling-it-like-it-is, a shocking impropriety. However they come, they’re always an escape from an oppressive reality. The next time you want to laugh, cut loose and don’t worry about looking like a Buddha and sounding like Laughy Smurf.

10. Farts. I don’t care what you say, farts are hilarious. How dull life would be without that bass clarinet blat breaking all the rules of social order. Surely you’ve been in a situation wherein someone farts unexpectedly, provoking hysterical laughter that in turn provokes more farts and more laughter, and then someone snorts and everyone loses it, which provokes more farts until everyone’s exhausted. School, summer camp, elevators, you name it, farts have an undeniable right of way. Why? Because they’re so forbidden, so nasty, so embarrassing, and yet so harmless.

Yes, when you begin to feel overwhelmed by intelligent pursuits It’s time to raise the fool flag and indulge for a short season in those things You’re embarrassed to admit you love. Dumb things can provide a needed escape from smart things. They can relieve us of the burden of always having to be capable, competent, classy, serious, and worthy.

So set aside your dignity from time to time and indulge in things that are pooh-poohed, snorted at, and disdained by highbrows. Dumb things don’t judge you and condescend. They throw the door open and say, “Do what you want? You’re just fine the way you are!” 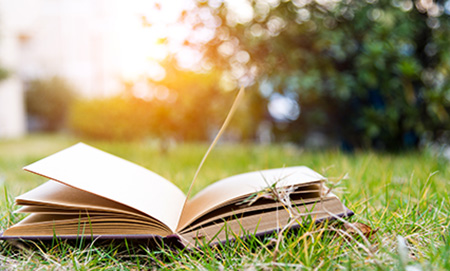