After a quick junket to Victoria, BC, and Seattle, Washington, I’m back. What was to have been a proud moment for parents became a mother-daughter trip. Roy ended up staying home to babysit the propane heaters and electric fans trying to dry our damp canola.

I was there in Victoria to see Hilary convocate from Royal Roads University with a Masters degree in Professional Communication. After a couple of days exploring the city we boarded a Clipper ferry to Seattle because I’d never been there.

In both cities, we explored huge bookstores, small eateries, unique wharf markets, high-end jewelry stores, and nice restaurants. We burnt up a lot of shoe leather climbing hilly downtown streets. I wish I had had my Fitbit on to rack up some impressive numbers. We also saved cash by using hotel shuttles in each city. Is there anything better than being dropped off at your destination whether it’s a fancy eatery or a shopping district?

And contrary to stereotypes, it was not raining. Seattle is, according to promotional myth busting, the 41st wettest city in the States. The sun shone in both cities and the temperatures were comfortable for our explorations.

When necessary we used a cab and Uber cars. We encountered restaurant servers, retail clerks, hotel staff, and fellow shoppers. Quite a few of the Americans were snarky and short. Not an attractive feature in people reliant on tourists for their livelihood, I daresay.

Then we guessed that maybe these people personified the new post-Trump reality. They were scared and angry. The west coast traditionally votes for Democratic candidates so that alone might explain things. Add in the insanity Trump represents and the worry is likely justified.

Plus, there is no escaping the media coverage. Everywhere we turned (bars, hotel lobbies, airports, stores) televisions were tuned into CNN. Story after story, pundit after pundit, panel after panel of talking heads were discussing every move, every word, every nuance of the transition process. Ditto for newspaper coverage. There is some unnatural (and unseemly) pull to stop and stare, to get sucked in, to cringe at the latest development. This inability to turn away is akin to the rubber-neckers driving past a horrific collision or watching an inferno. And I count myself among them.

Most of us understand that Trump was able to identify, tap into, and exploit voter discontent. America is not the first or last place that this has played out lately. Despite some softening (or flip-flopping or reality checking) of Trump’s campaign rhetoric, I believe there is reason for concern. If you are black, Hispanic, handicapped, female, Muslim, immigrant, you have reason to fear what comes next. I heard one female mid-west university professor say that many women voted to protect their whiteness more than their gender. So far, Trump’s short list of powerful top advisors includes primarily cranky old white men with extreme views. Hardly a President for all.

America, a great place to visit but I wouldn’t want to live there, from where I sit.

From Where I Sit – Play the Game 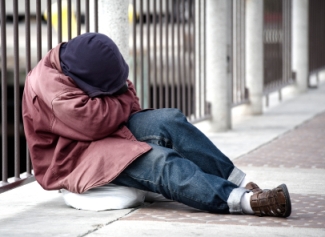