So here we are, we’ve made it through 2016, with a few bumps and shakes along the way.

It’s been a heck of a year, hasn’t it? Terrorist attacks have been increasingly frequently reported, and the newest trend of using vehicles against the so-called “soft targets” is disturbing simply because there’s not much that can be done to regulate against it ? It’s not as if we can start banning large vehicles. Then there was the US election that lasted for the entire year. Regardless of who won, the campaign itself cast a pall over the year, causing divisions between friends and family, and making many of wonder how so many people could be so blind, which, ironically, applied to supporters on both sides. Then there’ve been the reports about the effects of climate change, with temperatures in the arctic being some 20 degrees above normal over some winter months, and stories about the Antarctic ice-shelf calving. And that doesn’t even get into the list of people who died, musicians and athletes of renown. Syria, the Ukraine, the Russian Olympic Team, Ryan Lochte, the rise of fake news and our awareness of just how easily manipulated we are, Canada’s economic woes, the massive fire in Fort McMurray, it seems the list of things that we’d just rather hadn’t happened is fairly large this year.

Still, we got through it. And despite how there seems to be a prevailing mood of anxiety about the coming year, at least among the people and news stories that I’ve seen, most of us are also proceeding forward with our lives. So perhaps It’s just time to take stock of what we have and where we really are to realize that there are many reasons to be merry this season.

This brings us to this week’s issue of The Voice Magazine. Next week, we take a Christmas break, so this issue will have to tide you over all the way into the New Year. Fortunately, we’re ending the year on a high note, so far as I’m concerned. Our feature article to close out the year has Carla Knipe going for an in depth look at what all the hullabaloo is about the changes to the nursing program. I’ve mentioned this briefly in a previous editorial, and AUSU Council is all over it, so Carla took it upon herself to dig even further to try to get all the details and lay them out for us in her article, “The Nursing Changes.” Read that and you’ll know what’s going on, and why you should care.

And what’s Christmas without a poignant tear jerker to help keep our own troubles in perspective? Barb Godin steps up to the plate with her article “A Special Christmas Memory.”

Also, It’s common to get at least one gift over Christmas that just doesn’t work. Everybody has them, and while you can’t fault the thought behind it, the implementation can still be trouble. To help figure out what to do with those gifts that we really don’t want, aside from just packing them away, and at the same time help us save money this season, Barb Lehtiniemi has stepped forward with her article, “Reduce, Re-Use, and Re-gift”

Plus, we finish out the year with a report on the last AUSU Council meeting of the year. Find out what service has been cancelled and won’t be renewed, and just which student lost the ability to run for Student Council during the last Council meeting.

And that doesn’t even get into our articles on handling the demands of the season and a new way of life for 2017, or our news, reviews, advice, entertainment, or articles to help you get those top grades that you’ve been looking for. Our “Best of” Issue will be out January 6th so until then, have a merry holiday season, and enjoy the read! 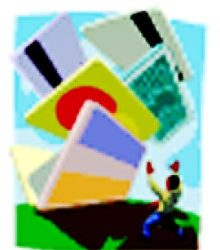