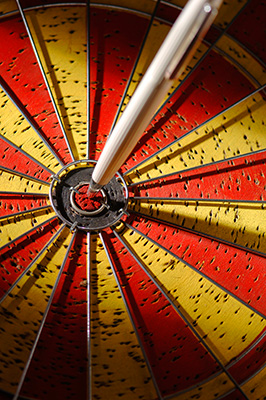 AUSU’s annual report for 2016 was presented at the Annual General Meeting on April 7, 2016. If you weren’t at the meeting?and I suspect you were not?you missed the official presentation of the report to the membership. Not to worry.

You can access the AUSU 2016 Annual Report from AUSU’s website?look for Annual Reports under the Governance tab, or click here. The 31-page report provides the financial statements for the fiscal year ending September 2015, describes AUSU’s activities over the same period, and sets out goals for the current year.

What has AUSU been up to for the past year? Here is my take on a few of the hits and misses from the annual report:

Hit: The updated AUSU website, which now includes online applications for AUSU scholarships, course evaluations, and a fun student survey posted every two weeks. I was pleased to read the new website retained the “instant chat” feature?I thought it got dropped, but it turns out I just can’t access it using Firefox.
Miss: The new website excludes the members-only student forums, despite the report’s assertion that all previous web content was incorporated into the new site. I miss the valuable information in the forums, as well as the ability to communicate easily with AUSU council through the Ask AUSU forum.

Hit: Increased direct communication with students. AUSU now sends out welcome messages to new members instead of just waiting for students to spontaneously discover AUSU. AUSU also regularly posts info for students on their website and on social media. With a dedicated Communications and Member Services Coordinator on staff, communication from AUSU to students is on a noticeable upswing including regular e-mail newsletters sent directly to members.
Miss: The new AUSU mobile app was launched in September. Since this service is restricted to students with mobile devices?which I don’t have?this is a miss for me.

Hit: The Student Lifeline service was launched in September 2015, providing AU students with free access to a suite of mental health services.
Miss: The new dental and health plan collapsed about a year after AUSU launched it, suffering from lack of promotion and low enrolment. Given the resources that AUSU put into implementing this plan, it is unlikely they will consider a student healthcare plan in future.

Hit: AUSU commits to working collaboratively with The Voice Magazine, which it recognizes as a “important member service and form of communication for AUSU.” After AUSU’s attempt to turf the magazine a year ago, this is welcome news to readers. A plan is under development which will see all stakeholders?including writers and readers?working toward a future strategy for The Voice.
Miss: Valuable staff time was spent last year investigating a Writer-in-Residence (WIR) program, presumably to cover the fact that AUSU hadn’t already looked into what a WIR was before the aborted proposal to replace The Voice with one last April. Research might have even included reading The Voice‘s own article about Writer-in-Residence programs. Oh, the irony!

Hit: AUSU patted itself on the back for the 2015 weekly planner which contained, “information about AUSU services and council, important AU deadlines, and a variety of other useful tips to help AUSU members with their studies.” I love my 2015 planner so much, I’m keeping it forever because…
Miss: Not mentioned in the report is the move to cease production of the customized AUSU student planner. For 2016, AUSU ordered generic pocket planners customized with AUSU’s logo. I found the new planner a large letdown from the student-specific planner of previous years.

AUSU’s annual report is worth the read. Whether You’re a highly-engaged student or not, It’s good to know how your member fees are being spent. You can access the current report here, and, if You’re really keen, you can access previous year’s reports going back to 2001 here. (Note?reading the older reports can be surprisingly addictive, not to mention informative.)

Judge AUSU’s hits and misses for yourself. Let us know what you think at voice@voicemagazine.org.

— This one is a bit unusual. One vote from a student for it said, “although I disagree with her on some points, I thought it was well-written and interesting.” I see that as a very high compliment, as finding something to be well-written while disagreeing with it is an unusual combination. And I couldn’t let a Best of the Voice issue go without something that points out one of the important features of the magazine, helping students have an outside perspective on what their student council is doing.[eo