Well, I got through Christmas okay, and now everybody is asking me what my New Year’s Resolution is. It’s the topic of conversation at work and at gatherings with my friends. Some are serious about it and really intend to keep their resolutions; others are kind of like me, nonchalant. In past years I have made resolutions with the full intent of keeping them, but to no avail. I tried to lose weight?I started out okay?lost five pounds right away but then put it back on the next month. Tried to stop smoking, it worked for a week, and then I said to myself, I’ll only have one cigarette a day. By February I was back to smoking as much as I did when I decided to quit. So last year I thought I would try a lifestyle change. I decided to try to walk for thirty minutes every day and stop being such a couch potato. That lasted a bit longer; I still walk at least three times a week, although not usually for thirty minutes. This year I am going to try another lifestyle change since I’ve had a bit of luck with that. I’m going to attempt to live a more peaceful and centered lifestyle. I am vowing to mediate, every morning, for ten minutes and I’m fully intending to be successful. I’m just wondering if any of your readers have been 100% successful at their New Year’s resolution, or is it just a total waste of time! Thanks, Terri.

First a little bit of history about the origins of New Year’s resolutions. New Year’s resolutions have their roots in religious practices. For example, at the beginning of each year, the Babylonians made promises that they would return borrowed items and settle all their debts. In Medieval times the Knights made vows during the Christmas season to reaffirm their devotion to chivalry. Also during Judaism’s New Year and Yom Kippur, people are expected to reflect on their transgressions and seek forgiveness. According to an article in Tennis Canada, only half of Canadians make New Year’s resolutions, but not even 10 percent are successful in maintaining them. Not very good statistics! Most people make New Year’s resolutions that are not very realistic. Try to not think of it as a New Year’s resolution, but rather just a lifestyle improvement. You don’t have to wait until the beginning of a new year, make changes when you are ready. Sometimes just the psychological impact of having to do something on a certain day puts undo pressure on a person. Don’t be too hard on yourself, when you are ready, that will be the right time for you to make the changes. Good Luck and stay focused. Thanks for writing Terri.

Happy New Year to all my readers and may 2017 bring peace and happiness to all!

Email your questions to voice@voicemagazine.org. Some submissions may be edited for length or to protect confidentiality; your real name and location will never be printed. This column is for entertainment only. The author is not a professional counsellor and this column is not intended to take the place of professional advice.

Dear Barb – Smoker Needs to Quit for Himself, Not the Relationship 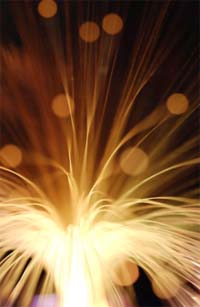