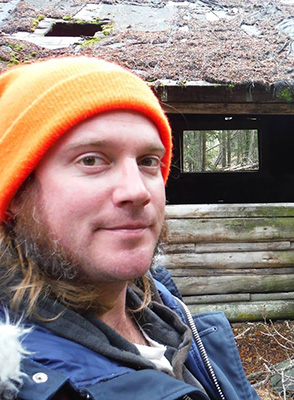 Jason Sullivan was born in Vancouver, British Columbia. He graduated from high school in Summerland in 1999. In 2002, he took a 10-month horticulture program at the College of the Rockies in Creston. He came across Athabasca and began a double-major in sociology and history in 2004, and completed the degree in 2014.

What do you do like to do when you’re not studying?
Other than work, I work in forestry. Also, I have a fruit orchard ? apples and pears ? here in Summerland. I read philosophy magazines. I go for a lot of walks. I try to envision enlightenment with my friends. Stuff like that. Not in a hippy-dippy way, more of a conversation. Other than being a football fan. I am a fan of the CFL. I read stuff online. I read books, especially philosophy books. I snorkel in the lake, Okanagan Lake here.

What famous person, past or present, would you like to have lunch with, and why?
The first one that comes to mind is Karl Marx because I would be interested to hear what he has to say in the 21st century and the post-period after the Second World war. Karl Marx, I think he’s very instructive into how we understand the world and could understand the world today. Also, I wonder how he’d respond to the identity and culture stuff that’s happened too. I suspect he would be surprised. He was relatively deterministic. He wrote about culture. I would love to hear his thoughts about the Frankfurt School. he’d get the 21st century instinctively, I figure, from his research into capitalist conditions of his own time. He didn’t say religion is the opiate of the masses without meaning other things could be like religion, whether that’s consumerism or the dominate tastes of culture at the time.

What would the meal be with Marx?
Aaaahh! Recently, I’ve realized there’s no sense in trying to offer Poutine to other folks in the world. It comes across as American to them. They see gravy. They see cheese. They see fries. It doesn’t succeed as well as I would hope.

My first thoughts are some goat cheese. In his time, he was in Germany (Prussia), then France and England. So, he would’ve tasted a lot of European food. I think some of the Vancouver food, like good Chinese restaurant food. Something like Peking Duck. When he wrote about Oriental despotism, it was probably at a distance from tasting their food, even some of the North African food. I don’t know if he had any of that food. Some Peking Duck; some good Vancouver Chinese food, even Dim Sum.

Who in your life had the greatest influence on your desire to learn?
Both of my parents. My father earned a PhD in zoology. He’s a zoologist. My mom got a masters in marine biology. I was always brought up to believe education, scientific or otherwise, in and of itself had a lot of value. Education was something to pursue, not for no reason, but that it didn’t have to always be “how you can make money from that.” It also can be something that makes you who you are. I didn’t hear a lot of philosophical discourse growing up, although I now realize that my folks’ many after dinner discussions about the environment and vegetarianism were totally that. And I got the sense it was important, if possible, to get an education. Not to take chances, necessarily, but to say, “This is what I did.”

Growing up, we didn’t have nice clothes. In Langley, my siblings and I were considered to be lower income, which was how we looked. It was in part due to my folks growing up in the 60s. We didn’t go to the race track. We weren’t the horsey kids. At some level, it affected me. It reminded me that education allows you to be successful in your heart as well as with money. They encouraged going to school and following our dreams and not always thinking of the obvious vocational outcome.

Describe your experience with online learning. What do you like or dislike?
What I really like is a really intimate interaction with the text, including the tutor, but a distinct interaction with the text and the material, you decide for yourself what you feel about it. You do not have the huge, overinflated ego of the professor who makes it her or his own mission to inject his or her own version of reality into the course material. You have this autonomy to decide with yourself what you’re learning. That’s probably my favourite part.

Another favourite part is being able to make up your own work schedule. You don’t need to drive or take the bus to class. As folks I’ve known often say, you don’t have the same interaction with your cohort, with other students. I take the courses. It is nice online. You can participate within the context, e.g. fora, online. However, you do miss out in interaction with other students. Even with someone fairly introverted as I am, you always have new input from students as thing go along.

Have you had a time when you wavered about your education?
Oh, absolutely! There’s times when it is like “shoot! Am I going to get a job that relates to what I am doing? Is there going to be a time when looking back that this can be seen as improving my life?” If you look at students, and if you look at your surroundings, nothing is different. There’s no ivory tower. There’s no students bustling by. Usually, there’s an energy. As a distance student, I step back and realize, “Here’s where I am, I am in a school of fishes.”

What was your most memorable AU course?
I was thinking about this because I thought you might ask. It is a tough one. Honestly, I think the one that affected me most was the history of psychoanalysis. As an undergraduate, the one that affected me most was Humanities 360: East Meets West. It was about epistemological bounds and substrates that affect every part of our culture and who we are, and that might be one too. My favourite was The Evolution of Psychotherapy with Tony Simmons. That was the one that I enjoyed the most and impacted how I view the world the most.

What is most valuable thing in life to you?
I think the most valuable thing is pleasure-freedom, but, really, feeling an organic connection to ideas, feeling like ideas have a substance, a meaning?valuing ideas such that they become a part of oneself. I would say valuing ideas so that they feel personal to oneself. That’s why I chose post-secondary education. It is feeling a personal connection to the ideas.

What have you given up to go to AU that you regret the most? Was it worth it?
I definitely would have had a higher income since going to AU. I’ve given up traditional brick-and-mortar experience, which I certainly could have had. When I started, I was 22/23. A little bit of income, a little bit of the traditional university experience, some of the spatial-geographic connections to others that happens at that level. I have had a number of courses in traditional universities. I would suggest students that aren’t sure to have at least some experience of that. Sometimes, school sucks and it can be good to have classrooms, some experience, on your journey.

What’s the single best thing AU could do to improve your student experience?
I think increasing interaction between students, especially at the undergraduate level. Not to have that as mandatory, but to have that as little more of an outreach option. One factor is people falling behind or having a hard time with the deadlines. That is a support network itself within the context of individual courses.

What is the most important lesson in life?
To believe in yourself and not demand or expect more from others than is reasonable. To be your own best friend.

What’s something people don’t know about you?
I am quieter than I sound.

E-texts or textbooks? Any particular reason(s)?
I prefer textbooks. I like to write and annotate in the margins, and have a tactile, physical relationship with them. Back in the day, in the 30s and 40s, Heidegger wrote that he didn’t like typewriters. He figured it wasn’t tactile enough. That was a different time. But having a pen in my hand, and writing physically is a better experience for me, I feel more directly connected. Above all, I think I learn things better that way.

How do you find the tutors?
By and large, they are excellent. Here and there, there will be a hiccup. Someone will forget to mark something, but, by and large, I respect them a lot. I don’t think it is an easy job to be a tutor because they have a lot of other stuff like students. I look up to tutors. I would love to be a tutor. I get the sense that they often find it really rewarding to be there for students, whether it is phone conversations or online interactions. I think that probably enriches their life in general as it has enriched my life.

Where has life taken you so far? (travels for pleasure, work, etc.)
It has taken me to a level of security that I appreciate, work-wise. Some people like insecurity. I like security. I like to know where my food is coming from. In terms of education, it has been nice to travel a bit, make some decisions and usually not regret them, and the flexibility is so important. That’s why Athabasca is so important. The flexibility is so important. I went to Hawaii one time. I took the textbook there. That was cool. I didn’t have to worry about attending classes. 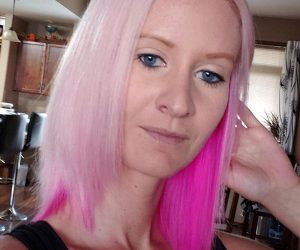 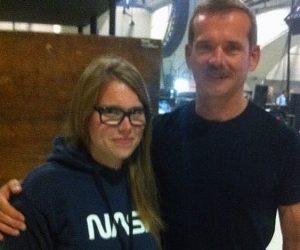