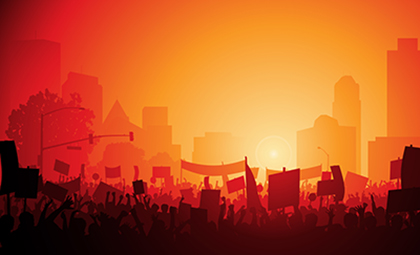 Over the weekend history was made. Millions of women and men marched in solidarity against the threat of oppression. This movement did not only occur in Washington, but around the world. It was reported that groups marched on every continent, including Antarctica where a ship of researchers took pause and gathered in protest, sending pictures to family members who marched in the crowds.

This movement was awe inspiring, to see so many people come together around the world and support this cause. But it raises the question, where were all these people before? When other rights were being challenged? When minorities were facing subjugation. Perhaps one of the most powerful things were those who stood up and said, thank you for being here, thank you for standing up, now, please stand with us when we need help. Everything within the group (that I saw) was respectful. If anything, it seems that this turmoil in the USA has brought people together . Different minorities are no longer standing alone while trying to change the way the world views them, but are now working with each other. It may be terrifying to witness what is happening in the USA, but maybe this is the silver lining.

Throughout history the fight for exposure has been the issue. The suffragettes were silenced by the media, and it took drastic measures to get their word out there. But today, in the world of social media, nothing can stop it. I watched live videos taken during the march. I saw pictures form Antarctica, Paris, Toronto; these images that can be shared immediately give strength to the movement; the ability to gather so many and bond so many together. This weekend was history, history was made, and I hope someone makes a book out of all the signs (or some). Something big needed to happen to incite change, and this may have been the catalyst.

With the power of social media though there is always the other side, the side where marchers are attacked, mocked, or shamed. It is an unfortunate part of being in the spotlight and taking a stand. Things people would say behind closed doors are aired on social media for everyone to see. Some are vulgar, and some include death threats. However, even in the dreaded comment section, support outweighs hate.

I couldn’t help but consider the history I had learned through my Women`s and Gender Studies courses. The images that felt so powerful, the statements and the hard truths in the flaws with the movements. And I found myself wondering how this was going to be written, what are some of the hard facts that we are missing right now? What are some of the truths that will only be brought to light years down the road? Are there groups that aren’t being properly represented? I find the conversations around these (the productive ones) interesting, the acknowledgement of errors made in the past, and apologies for making anyone feel unrepresented.

This moment, like so many that have come before it ?though in other forms?is going to continue to grow, change, and teach us. To show us a darker side of society and likely ourselves. Some of change that this movement elicits will be unseen until years later when people are studying it from all angles, with information that we can’t hope to see all sides of now. We need to recognize that this movement is important, and should be watched closely.

International News Desk – At Home: Showered with Inspiration – Around the World: Group Smarts