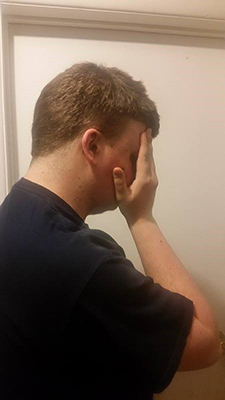 The end of the 2016-2017 school year is fast approaching ? it may still feel early, with January just ending, but for those students in their final year, now is the time to be plastering the job market with resumes. That is exactly what Kevin MacCharles, a geology student in his final year, has been doing. He made a LinkedIn account to establish professional contacts and to learn of potential job offers in his field of interest. When he received an email from Alban Oil Co. requesting an interview, he was thrilled.

“It was too good to be true?” MacCharles told The Quill, “My first job after university being international, and with a salary like that? That was my first red flag.”

Alban Oil Co. had sent MacCharles a detailed seven-page pdf file including a job description, details about the interview including the location, dates, times, and what was expected of MacCharles for the interview itself, and had a signature from the hiring manager, as well as a link to the company’s website. From every angle, it looked like a legitimate job offer. MacCharles showed it to several of his friends, asking if they thought it was real, and something that he should go for. All but one of the people he showed it to encouraged him to go for the interview. It was that one person’s doubt that prompted MacCharles to show the offer to his professor, Dr. Simon Pattison for a more experienced opinion.

When MacCharles brought the file to Pattison, he’d already called the travel agency that Alban Oil Co. had named in the pdf offer for an interview. He’d received the agent’s voicemail and instead emailed as he was instructed. When the agent replied, MacCharles was requested to send a copy of his passport, as well as purchase his own plane ticket to the site Alban Oil Co. listed for the interview ? Amsterdam ? and send Alban Oil Co. a Western Union money transfer “to cover administrative expenses.” He was told he would be reimbursed for the plane tickets, and that the reason they required applicants to pay for their own transportation was because they had too many people take a free plane ticket to The Netherlands and then never show up for the interview.

“That was another red flag for me,” MacCharles said, shaking his head. “No one who is actively looking for a job in this field would look at this opportunity and then blow it off.”

The job opportunity may have been suspicious, but it was still an amazing offer. MacCharles was informed by Alban Oil Co. that he had 48 hours to confirm his position on the shortlist and purchase his plane tickets, and he and Pattison scoured the website to confirm its legitimacy. The Alban Oil Co. website looked like a legitimate corporate web page. One thing that seemed off to both MacCharles and Pattison was that the Alban Oil Co. contact page had only a form email for questions and comments, rather than a human resources contact number, corporate email, mailing address, or telephone number. On closer examination, Pattison discovered that the company overview had one suspicious line: “?we at Hunt?”

“I’d never heard of Alban Oil Co., but there are so many that it could have been a newer company. I had heard of Hunt, however.” Pattison said. “It was a quick Google search after that.”

Upon discovering Hunt Consolidated Inc.’s website, Pattison and MacCharles saw that the two sites were very similar, with a few important details from the Hunt Consolidated Inc. website missing from Alban’s: Hunt’s page has the correct corporate contact information, and on their career page lists known scam companies.

While Alban Oil Co. was not listed, it was now clear that they were not a legitimate company. Hunt clarified in the warning on their page that “Hunt Consolidated, Inc. and its affiliated companies would never ask potential job seekers for any sort of advance payments during the recruitment and employment process.”

Another company listed in the Hunt Consolidated Inc. fraud alert was for ZenGas Oil and Gas Company, which is another exact replica of the Hunt webpage. On both ZenGas and Alban’s websites, everything down to the photos mirror Hunt’s, including some clever photoshopping to remove Hunt’s company name from clothing to replace their own.

“If it hadn’t been for that capital ’H’ on Hunt, I might have encouraged Kevin to apply,” Pattison said ruefully. “(For a company to be) preying on students like Kevin, just getting their start in the field is disgusting.”

Further research into graduating students receiving false job offers failed to turn up any recent, relevant results, but false job offers very similar to that which MacCharles received from Alban have been reported by many in the last year. All false jobs that have been reported have been in the oil and energy fields, and with the industry in Canada suffering layoffs at the time, many workers have been desperate for the opportunities ? some haven’t been as lucky as MacCharles to have caught the scam.

“They would have had all my passport information. That would have been ten years of headaches to get it fixed. And I would’ve been out $2000 for the flights,” said MacCharles.

Pattison reported Alban Oil Co. to Hunt Consolidated Inc. as a fraud page on MacCharles’ behalf, and MacCharles himself continues his post-graduate job search, although with more caution.

MacCharles shared his experience with the hopes that all other students proceed into their careers with caution, and learn from what could have happened to him. While the only reported cases of fraudulent job offers have come from the oil and energy industry, that is not to say that other industries are completely without scam artists. MacCharles also advises that those using LinkedIn to send their resumes keep track of all the companies they’ve applied to.

It was discovered later in the week that the website for Alban Oil Co. had been taken down. The website for ZenGas Oil and Gas Company, however, still remains active at the time of publication.

From My Perspective – The job hunt continues