Viola Irene Desmond was born July 6, 1914, in Halifax Nova Scotia and died February 7, 1965, in New York City, New York. Viola Desmond will be the first Canadian woman to be featured on a 10 dollar bill, beginning in 2018. In 1946 in New Glasgow, Nova Scotia, Desmond refused to leave the main floor of a whites only film theatre. She was informed that it was against policy to allow blacks to occupy a seat on the main floor. Still Desmond refused to move to the balcony which was reserved for blacks. As a result, she was forcibly removed, arrested, and detained in jail overnight. She ultimately was charged with tax evasion for not paying the one cent tax charge for the more expensive seat on the main floor and fined $20. Upon returning to Halifax, Desmond decided to fight the charge and was assisted by NSAACP to hire a lawyer. The lawyer was unsuccessful in filing a lawsuit against the theatre. In subsequent trials the government claimed it was a simply case of tax evasion, not racial discrimination. Desmond was often compared to Rosa Parks. She eventually received a pardon and an apology from the government of Nova Scotia.

Additional information about Desmond’s case can be found at the following websites:
https://en.wikipedia.org/wiki/Viola_Desmond
http://www.thecanadianencyclopedia.ca/en/article/viola-desmond/
http://www.aljazeera.com/news/2016/12/viola-desmond-canadian-woman-banknote-161208175229492.html 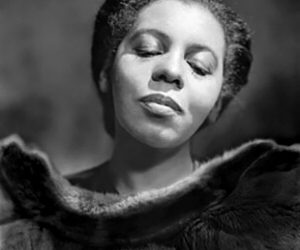