Columns
The Voice
From Where I Sit – Shit Happens

Last Tuesday morning I left my house to head into Edmonton for a day of errands. I never made it. A skiff of snow covered an icy patch on our sidewalk, and in a nanosecond I was lying on the ground stunned.

In trying to understand how badly I was hurt, or if I’d be able to get up and back into the house, I didn’t even cry. I did think this is how people die; falling down and not being discovered for days. Falling down outside in winter has the added threat of death by hypothermia.

Roy was at an Edmonton conference. I’m always carrying something, and that morning was no exception. I could have gotten my cell phone out and called someone. I didn’t. I was able to get up. The pain in my left knee and ankle was unreal. And I’m no stranger to pain. I had to gimp about twenty-five feet to the house, climb up a couple of steps outside, and more inside. Then, I had to struggle down and back up a flight of stairs to get the ice packs from the basement freezer. I elevated my leg, iced the sore areas, and texted Roy and Hilary.

Because the pain was so intense I called Healthlink. When I mentioned I am osteopenic (the stage before osteoporosis) she suggested a visit to an emergency department. Roy left the conference to pick me up. He also tried to get me to use crutches. Either I don’t have the upper body strength or was just plain stunned, but I couldn’t make them work. At the hospital, I used a wheelchair.

Unlike Grey’s Anatomy, you can be in a hospital for hours and see virtually no sign of activity. Yeah, yeah, I understand triage. Eventually I was x-rayed (and wasn’t that fun?twisting, turning, holding still). No broken bones, doc says. Why the hell does it hurt so hard, I say. Soft tissue injury.

Seven and a half hours later, I’m home with two different pain meds using an office chair as my wheelchair. The Fred Flintstone style of propulsion hurt but it was all I had until my sister brought me a walker on Wednesday afternoon. I come to understand the problems of accessibility. I call the pharmacy for info. Why two pain meds? Do I take them together or stagger the doses? (doesn’t matter.) Is the narcotic one contraindicated because of my sleep apnea? (Did you have shallow breathing or difficulty waking up? No. Then It’s okay.) A few days in, I find that one nauseates me. Lie down for an hour or two with minimal head movement is the advice.

So, instead of being at the Banff Centre for the Arts doing the Writer’s Guild of Alberta ten-day retreat, I was praying there was a waitlist so I could get a refund. Instead of meeting with writer-in-residence, Kimmy Beach, to discuss a book project, I am in pain, in pyjamas, wondering what the hell is next. In the meantime, I (try to) count my blessings, see the bigger meaning, read, and wonder why shit happens, from where I sit. 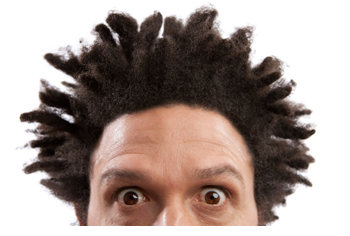 From Where I Sit – Living on the Wild Side