We don’t often think about admission issues here at Athabasca University, and why would we? The Open policy and distance model means that class rooms don’t fill up, so extra people just means AU has to hire extra tutors. They don’t even require extra office space for many of them, given as tutors, too, often work from home.

But this week, my attention got directed to an article in Maclean’s Magazine about a student paper that had a years long court battle with the University of British Columbia (UBC) for access to the guidelines that UBC uses to determine what makes a potential student one that UBC will accept.

Which started me wondering, what kind of guidelines would a university like AU use? The question may not be as academic (heh) as you might first believe. After all, most brick-and-mortar based universities use limited admission to control the use of their resources. In their case, it’s physical space. But when you think about it, physical space is something that can be addressed with sufficient money. If they had more money, they could build a new building and take in more students.

At AU, our sustainability problems are more direct. We simply don’t have the money. But that difference, that lack of the middle problem, the physical space, may have been what allowed our institution to get here. When a brick and mortar institution can’t pack in another student, they simply can’t take that student. With AU, there’s no obvious limit such as that to tell the university administration when we’re past our growing point.

And at this point, enter the third-party review, mandated by the government. I haven’t yet had a chance to speak with Dr. Coates directly (although I’m hoping to in the coming weeks) but, as an outsider, it’s entirely possible he might see AU’s Open policy as an open invitation to the troubles AU has been experiencing. Which brings me back around to my question. What kind of guidelines would a university like AU use? We could expect previous grades would be part of that, but given that our traditional student body still skews slightly older than brick-and-mortar institutions, perhaps more weight would land on experience. But would students from out of province, those who AU receives no funding for, be forced to meet a higher bar? And what of students from outside of Canada’s borders. If you had to meet some sort of admission requirements for AU, would you still have enrolled?

I guess what I’m coming down to, is how important to you is the Open part of AU’s mandate? Is it something you’d be willing to sacrifice if that meant you might get a higher quality of education and degree recognition? Let me know your thoughts, write me at karl@voicemagazine.org, I’d love to be able to hear someone else’s ideas on this.

Now, as to this week’s issue? We’ve got a lot of material here, and a lot of good stuff. Whether that’s our student interview with yodeller, fish kisser, and llama cloner (okay, maybe not all of those), Sarah Joseph; a look at the psychology in modern culture through a new writer’s article, “Celluloid Psychology”; yarn-bombing; addiction to public speaking; a new instalment of The Travelling Student; or a meditative look at dealing with writer’s block; this issue has a little bit of everything, including a report on the last Council meeting and the special Council meeting of January 31st?one which may have meant big changes for how AUSU works.

And I haven’t forgotten our selection of events, news, and other bits of entertainment or advice you might need to keep you busily procrastinating. Enjoy the read! 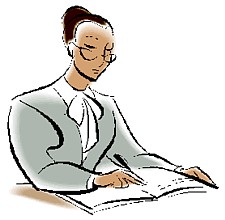 From My Perspective – Tutors 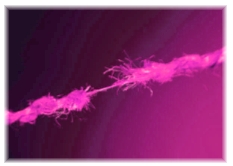