Kevin, the main character in Split, suffers from a condition called dissociative identity disorder (DID) involving 24 different identities. While he sees his therapist regularly, this does not stop him from succumbing to the “beast” inside him, and he kidnaps three girls as his sacrifice.

If you think this sounds like the stereotypical, frightening psychopath depicted in Hollywood movies, then you know why mental health professionals are damning this film. There are several ethical issues with how the film looks at DID. For example, the language Kevin’s therapist uses to describe his condition to other professionals is filled with “us and them” terminology. “We look upon them as less than, but maybe they are so much more than us” states Kevin’s therapist. Renowned cultural psychologist Sandra Collins claims this language perpetuates the black and white categorical thinking responsible for overgeneralisations that perpetuate stigma and oppression. Additionally, Kevin’s psychological disorder is unrealistically portrayed and exaggerated, as he is given the typical Hollywood maniac image: dangerous, unpredictable, and monstrous with intentions to hurt others. But we know that, in reality, most people who suffer complex disorders are harmless and fit none of these descriptions.

In spite of this, watching this film created a “split” within my conscience. On one hand, I noticed the obvious negative portrayal of mental illness, while on the other, I felt the film was an exploration of the human experience. I argue that this portrayal was intended to stir discussion and exploration on the topic of mental health.

Keep in mind, this film was written and directed by M. Night Shyamala—?the same man who directed The 6th Sense, Unbreakable, Signs, and others. He is known for making films with supernatural plots that have twist endings. This supernatural spin is also evident in Split. For example, Kevin and his therapist discuss “the beast” (his 24th identity) who Kevin claims can crawl on walls and crush things with unimaginable strength using superhero-like powers.

The film clearly portrays mental illness using fantasy, and thus, DID is not meant to be portrayed realistically, and the assumption made by the therapist, that Kevin can change body chemistry with different personalities, is unproven in reality. However, Shyamalan’s use of fantasy is interesting, as this vehicle of artistic expression opens the door to explore complex issues in a creative way. For example, when Kevin becomes “the beast” he assumes powers similar to superheroes like Spiderman, Batman, or Superman. The difference between heroes and villains, however, is how they use their power. Therefore, this premise of using a super-hero fantasy enables the viewer to potentially conceptualise sickness differently. “We are what we believe we are” is the verse toted by Kevin’s character shortly after becoming “the beast”.

Like in superhero movies, the human struggle to overcome adversity is questioned. Some turn evil, some do not. So what is evil? The real issue in this film is that DID is depicted as evil, which can play on people’s fears of mental illness. Both Kevin and Casey (one of the girls he kidnaps) suffered childhood trauma, however, she becomes the hero who survives Kevin’s beast. While this is similar to the psychological debate over why only some people who experience severe trauma develop mental illness, Split incorrectly implies that a) a person who develops a mental illness is dangerous and b) the person who went through severe trauma can choose their outcome of mental health. Kevin laments “the broken are the more evolved. Rejoice”

Overall, I found the film interesting and thought-provoking. Is art meant to be politically correct? Or to be just an expression of explorative creativity? Are viewers truly passive to portrayals of mental health in films like Split? Should the artist be censored? Or is it the responsibility of those watching the film to make judgements that are not based on heuristic black and white thinking? It appears this film intentionally raises these questions in its use of the supernatural motif. As the main character states “We are what we believe we are”. Perhaps, this film was intentional in creating a divide, or, “split” within the conscience of its viewers to question deeper issues. 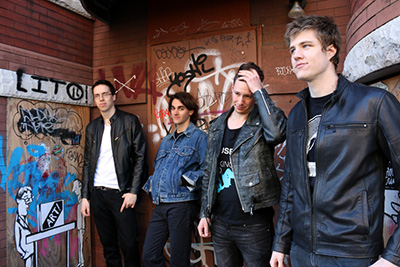 In Conversation with the Split Seconds

The Study Dude – Is Grandma’s Grammar Better than the Dude’s?