Articles
The Voice
Falling Asleep in the Room of Tiny Drawers 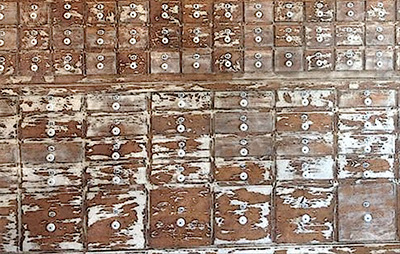 7:58 a.m. So blocked. Couldn’t sleep worth a hoot last night. The day has just begun and already I’m exhausted. My novel’s heroine, once so full of promise, is stuck in a happy marriage (what was I thinking?). I can’t even come up with a first obstacle except for the clichéd widowhood, loss of a child, discovery of a terrible secret . . . How did the creative juices get so dammed up? Whither hast flown, like a flock of winter sparrows, all the wonderful ideas with which I began this project?

8:13 a.m. Oprah suggests I’d benefit from a guided creativity meditation, so here goes. Am now at the ready, phone turned off, door locked, headphones firmly on the noggin, and all tabs and windows closed except for YouTube.

8:14 a.m. It’s night. I’m sitting cross-legged on the grassy bank of a stream, listening to the flowing water and looking up at the stars. (It’s so tranquil here. The air smells like moss, and the starry sky is a glorious visual feast. Is it wood tick season here in Meditation Land? Will the grass stain my pajamas? Oops? must listen to the voice and do what it says. It’s a tall order? I’m a writer, after all, which makes me very distractible. Shut up and listen, Wanda. Foooocus.)

8:17 a.m. The sun is coming up and the sky is slowly becoming lighter. The voice tells me to rise, turn, and walk along a little path that meanders through the tall grass to end at a large Victorian mansion with many windows. (Ah, there it is. It looks like a prison, kind of. No, it looks more like one of those girl schools Charlotte Brontë used to describe. No?what it really looks like is that old abandoned almshouse in Nova Scotia that we used to ride by every day on the schoolbus, a great hulking reminder of the horrors of Dickensian poverty. It was the only thing that kept some of us going to school, so terrified were we of following the fate of the unemployable. Marie Comeau, who lived nearby, said that at night you could hear the moans of the indigent old folks who used to live there. Come on, Wanda, focus, damnit!) 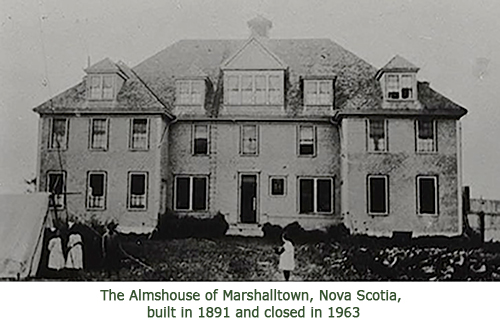 8:21 a.m. I’m to go inside. I recoil at the idea (why did I have to go and remember the almshouse?), but I change the look of the front door a bit to resemble that of a grand country manor, and go inside.

8:22 a.m. There’s a large hall with walls decked in heraldry. (Way to flaunt your alleged superiority, upper class twits. The Watermans have a coat of arms, too, you know. It shows two suckling pigs standing up with apples in their mouths and holding a giant garlic bulb between them.)

8:24 a.m. I’m told to walk to the end of this hall and enter a door that opens onto a narrow corridor. At the end of this corridor is a large staircase, spiralling downward. I’m supposed to go down this staircase. (Seriously? Walking down to the basement of an abandoned house is going to relax me and bring me to a zone of imaginative freedom? Stop it. Trust the process.)

8:27 a.m. I descend the staircase, landing in a large room whose walls are lined with tiny drawers. The voice invites me to open a few and look inside. I’m not finding anything interesting? string too short to use, rusted bolts, empty pill bottles, and the like.

9:33 a.m. I wake up. Youtube has long finished the creativity meditation and has moved on to another meditation that promises to show me my spirit guide. The thought of meeting my spirit guide frightens me more than did the prospect of entering an abandoned building, and besides, I’m dying to know what was in all those drawers. Did I eventually find one that contained something precious, mysterious, or revelatory? Was my novel’s climax in one of those drawers? Or was I apprehended and taken to another room where I was tortured until I swore to uphold the Sovereign Magistral Order of the Temple of Solomon? This last suspicion is stregthened when I try to return to the creativity meditation and find that it has mysteriously disappeared.

10:00 a.m. I think I’ll give my heroine a job in real estate. It’ll be her task to find buyers for scary old buildings. The possibilities are dizzying.