Columns
The Voice
Fly on the Wall – The Gravity of Mythology, and Vice Versa

Spinning in zero gravity would be terrifying. Likewise, going back to school as an adult student can be pretty scary. Education is like a spacewalk in that we have to learn to let our thoughts be spun around and turned on their heads if we are going to get anywhere. The movie Gravity comes to mind where Sandra Bullock, cast loose by a space disaster, loses her bearings as she hurtles through the abyss. At first she exclaims “I don’t know! I don’t know! I’m spinning! I can’t — I can’t — ” and then “It’s so fast, I can’t breathe” until finally she is asked to flash her light as a beacon. She replies “my light…my light?” And then she uses her light. Discovering our own way of thinking, our personal enlightenment, is possible as students when we open ourselves up to new intellectual inputs. We have to let our light shine. We have to allow ourselves to be uprooted and thrust free of our philosophical and existential bindings if we are to fulfil our destiny as students. After all, besides future employment, the other main goal of post-secondary schooling is to maximize our potential.

One way to do that is to develop tolerance to myriad viewpoints, especially those we find bizarre or distasteful. For example, moviegoers who criticized Gravity for not expressing total fidelity to the facts of physics missed its artistic value. The director didn’t want too much science to get in the way of the plot. He said, “we chose to disregard those things because we wanted, first of all, to honour the emotional journey of the film,” (Offman, online). Willingness to see things other than one’s usual way may be what makes education most valuable.

Whatever the academic discipline, to find facts requires an ordering of what counts as data. In physics the formulas are what matter; they allow us to visualize the world as though a series of immutable laws were propelling objects to and fro like billiard balls. Limitations occur when we consider what aspects of reality are elided because they don’t have a place in the formula. Consider a drawing of a gymnasium where the trajectory of a dodgeball is mapped according to the standards of physics. Its speed and angle are reduced to numbers and lines. Relevant factual equations are expressed as the projectile glances off a wall and strikes the gym teacher’s cranium at a certain angle. The gym teachers ballcap is dislodged owing to a certain force and plunks to the ground according to its mass and the attendant attraction of gravity. Nowhere is the laughter of the class, the anger of the instructor, or the malice of the student-assassin represented. In short, we have no idea why things happened, only how. We see physical reality as the laws of physics would have us believe; what is subtracted nonetheless exists in reality.

For the purposes of physics, social facts such as the thoughts and feeling of participants are irrelevant. Yet, as students, we have to consider more than the supposedly-objective facts being represented. Critical thinking involves asking about the role of assumptions in our own common sense or the epistemological assumptions of various academic disciplines. A psychologist privileges the individual whereas a sociologist privileges social groups; each has its internal biases. Interpretation always matters. Critical thinking becomes central to our studies if we are to glean something new. We have to discard our core beliefs about what counts as fact and what counts merely as a value judgement. Or, put another way, we must consider why our dualities of fact and value seem so certain that to accept one (the laws of physics) or the other (society and emotions) seems like a mutually-exclusive proposition.

Assumptions underlay our common sense; as students we must divest ourselves of normality if we are to truly engage with new ideas. Even the Classics cannot be taken at what seems like face value. For instance, Romeo and Juliet is more than a tragic love tale. It also expresses the philosophical belief that beneath appearances there lie essential attributes. “A rose by another name, would smell as sweet” expresses the belief that things have an immutable essence (Murr, online). Jacques Derrida expresses an opposing viewpoint with his concept of ?differance?. For Derrida, following a linguist named Ferdinand de Saussure, the meaning of one term is derived in relation to others. The rose gets its meaning in relation to other things in its environment. Pungent alternatives are required to understand the meanings of the rose. All things being equal, a rose could go by another name. A rose could be called an aardvark, for instance. But in such a case the relations between things would be unchanged and it is the deferral of meaning from relations with other meanings that gives the rose its privileged status.

Consider living your whole life on a space station. Fed intravenously you have no taste for food; no matter how many culinary books you read you can only imagine the relation of salty to sweet, or sour to umami. If the only living plant you knew of, let alone tasted on your tongue or inhaled up your nose, was a rose plant it would be your whole world, your only sensory fulfilment not provided by your machinic masters. The rose, by another name, would still be a rose. But to you only in relation to your world of injected sustenance and digitized literature.

Derrida notes how the essence of a thing is forever deferred onto it by other things (Derrida, online). He describes how this process of articulation, like the movement of a snake’s bones or the tale of a cat, depends on the interaction of components. This process expresses a linguistic form of play, in that any word demands assembly in regards to others and, in the end, to all others. Each word interlocks with others to express its meaning. And without words, which is to say without culture, we would have no society. We be reduced to our mechanistic sensory selves like a marooned astronaut.

Derrida suggests that even our identities are illusory in the same way that the roses specialness is: we identify ourselves (our subjectivity) in terms of both our lived pasts and our imagined futures. “The instability of “presence” as being extends to consciousness, which is the idea of self-presence” (Derrida, online). We imagine ourselves present in terms of our imagined present self that exists as the focus of a myriad of selves surrounding our existence in the fleeting moment. Just ask: ?who am I right now, when IS this now?? The moment has passed as soon as we have asked the question.

To be open to this seemingly-bizarre erasure of reality is possible if we suspend our disbelief in what counts as normal. Entertaining other perspectives in the ether of education can only make us more open-minded in daily life. At the very least, if a rose was merely a rose it would be less interesting from an academic point of view. A rose may smell the same to every average human olfactory system but this means nothing in terms of what makes us human; that is, our capacities for intuition and our ability to impart meaning to things. Romance would be impossible if, as fictional androids sometimes express, we all responded to our surroundings according to the received laws of logic and empiricism. One thinks here of the difference between a meteorological interpretation of the rising of warm air and the settling of cool; in weather terms these processes of subduction express fundamental realities. Not sublime ones, however. In contrast we consider the words of the Caribbean poet Aime Cesaire who intoned “reason, I sacrifice you to the evening breeze” (Cesaire, online). As students, our questions are often simpler at first and more complex as we realize alternative approaches to the same issue. To think critically is to be open to new possible interpretations of something as well as to show respect to other realities and other truths.

Quixotic interpretations of reality are not only mental exercises; they can also be profitable. On February 17th of this year a famous author and linguist named Umberto Eco died at the age of 84. His most popular book, The Name of the Rose, sold ten million copies (Kandell, online). He was a polymath unafraid to question commonsensical imagery around him and to ascertain new readings of familiar stories. One obituary states that “the young Eco saw the world as a web of signs and symbols waiting to be deciphered . . . No text or film was ever too lowly or trivial that it could not be analysed semiotically” (Kandell, online). He did not allow normal views of what counted as academia and popular culture to determine his investigations. “Eco denied that he was ?intellectually slumming it? by speaking of Donatello’s David in the same breath as, say, plastic garden furniture” (Kandell, online). Even seemingly incommensurable cultures like traditional Japan and consumerist Disneyland did not escape comparison. He once stated that “Mickey Mouse can be perfect in the sense that a Japanese haiku is” (Thomsen, online). By thinking critically and against the grain he achieved success. His The Name of the Rose covered a crucial question of intellectual discourse: what is the role of humour and are our usual methods of inquiry masking fruitful possibilities? Humour is based on cognitive dissonance not unlike the entertainment of quirky or outlandish ideas. Eco summarized his views with the phrase “Books are not made to be believed but to be subjected to enquiry” (Thomsen, online). Our worlds, our studies, and our beliefs all are susceptible to questioning. And the best place to start is often where we’d least expect to go.

Fly On The Wall – When the Should Hit the Fan 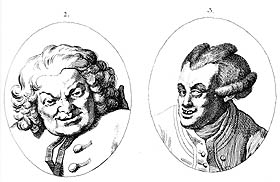 The Face You Deserve