One error universities routinely make is ignoring their students’ opinions. Universities are notorious for making ivory-tower decisions based on a business model, factoring in the dollars and cents and focussing on the bottom line. It seems they can sometimes lose sight of their reason for being, which is to provide a service to their students.

AU students have had a unique opportunity recently to help AU provide the best possible service to its students. The Alberta Ministry of Advanced Education directed AU’s Board of Governors to hire a third-party to help develop a long-term sustainability strategy for AU. And this third-party has been listening to students.

On February 28, every AU student received an e-mail invitation from Dr. Ken Coates, who is undertaking the independent third-party review. Dr. Coates invited students to participate in the review by sharing their “invaluable perspective on the operations, contributions, and challenges of Athabasca University.” Students were invited to send their comments by e-mail, or join in one of three teleconferences the week of March 6 to 10.

Given the number of students who respond with social-media hand-wringing each time some media outlet runs a story on AU’s sustainability, one would think the phone lines at Dr. Coates’s teleconferences two weeks ago would have been jammed with students vying to have their voices heard. Instead, only a few dozen students chose to participate in this seldom-available opportunity to be heard.

The teleconferences were held on three different days (Monday, Wednesday, and Friday) and at three different times of day (afternoon, evening, and morning.) I attended the Wednesday evening session. Only a dozen or so other students attended that session, consequently everyone had ample opportunity to speak.

Dr. Coates began the teleconference session to explain about the third-party review. The guiding principles of the review, said Coates, were provided by Alberta’s Advanced Education Minister Hon. Marlin Schmidt. The review itself is intended to be a “broad brush” look at AU: there is nothing that can’t be considered at this point. Dr. Coates emphasized the Alberta’s government commitment to have AU continue, to keep the university in Alberta, and to avoid job-cutting as a short-term solution.

Dr. Coates explained that, prior to the series of teleconferences for students, he had conducted meetings and engaged in phone calls with AU faculty and other stakeholders including alumni and the student associations. Dr. Coates said he’d already received a few hundred e-mails from students in response to his invitation.

Dr. Coates then invited the students present to share their thoughts on what works well at AU, what doesn’t, and what students see as the way forward. Here are some of the comments students shared:

A student from Winnipeg expressed concern about what would happen to programs in progress if AU ends up amalgamating with another institution. Dr. Coates replied that if such an amalgamation were to occur, students would typically be able to finish their program without interruption or major changes.

An Ottawa student pointed out that, contrary to what he expected from an open university, AU is very Alberta-centric. He suggested that AU could put more resources into developing the niche group of mature, life-long learners, regardless of where they are.

A student from rural Alberta said she got her first degree from the University of Alberta. AU gave her the flexibility she needed to go on to get her master’s degree because she could study part-time, something U of A didn’t permit. She suggested that AU could develop their master’s programs more and build on that niche market.

Tom from Australia said he recently graduated from a master’s program at AU. He selected AU after checking programs at universities in Australia and around the world. Tom said he was surprised that AU was a lot cheaper than other options?perhaps AU is undercharging international students.

Throughout the call, Dr. Coates listened to each student and asked thoughtful questions. The students participating seemed relieved that someone was actually listening to them and taking them seriously. Although there weren’t many students there—the other two teleconferences were also lightly attended—students expressed passion for AU and a concern for its—and their—future.

The teleconference opportunities are now over. As of March 8, Dr. Coates said he’d received over 300 e-mails from students, and he encouraged students to continue to send him their thoughts on AU. A first draft of the report is due to be submitted to the Alberta Government and Board of Governors at the beginning of April, but the final, complete report will only be submitted at the end of the month.

For more information on AU’s third-party review, read “Athabasca University: The future starts now” on the AU news page. You can reach Dr. Coates with your comments on AU’s future at kennethcoates@gmail.com. 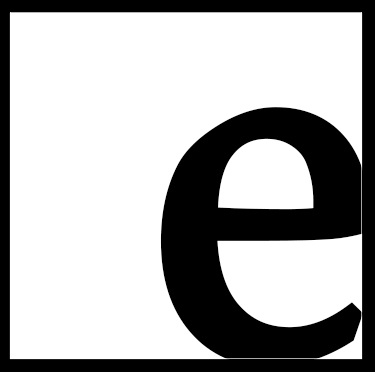 The Incalculable Cost of a Vowel