Columns
The Voice
The Fit Student – Your Ten-Year Goal

What do you dream about?

Daniel Goleman, author of Focus: The Hidden Driver of Excellence, poses a similar question: “If everything worked out perfectly in your life, what would you be doing in ten years?” My ten-year dreams have changed over time. As a teen, I aspired to become a computer science professor. As a young adult, I longed to star as a singer-songwriter. As an adult, I yearned to win a Nobel prize in math for studies on the travel of thought. Shortly thereafter, I longed to become a professor of communications.

Now, as I near middle age, I no longer have a ten-year vision. But, I take comfort in the chance that I have forty-years-of-life ahead of me.

Most twenty-year-old youth feel old. Even a seven-year-old thinks turning eight’s old: “at eight You’re slow and weak.” Why age yourself prematurely?

Even at age 70, you might have ten to thirty years. (My dad’s almost 80 but looks 50, drives sports cars, and runs an industry-leading business. And my fit grandma rocks high fashion in her nineties.)

So, what can you accomplish in ten years?

In ten years, you could get an undergraduate degree, a master’s degree?and a PhD. And you could celebrate your own tenth wedding anniversary.

In other words, if You’re in your forties, you may need to plan not one, but four ten-year goals.

Author Daniel Goleman in his book Focus: The Hidden Driver of Excellence, says to focus on your dreams:

– Psychologist Richard Boyatzis (as cited in Goleman) says that focusing on your dreams and goals triggers your brain to “open you up to new possibilities” (p. 172). He also says that focusing on ways to fix your weaknesses shuts you down.
– In other words, when subjects were asked about fears, demands, and difficulties, their anxiety spiked. When subjects were asked about their 10 year goals, they conjured fond memories and felt happiness.
– The more positive we feel, the more prone we are to practice and learn. So, focus on your dreams?and not your failings. We need at least a 2.9:1 ratio of positives to negatives to flourish in life, says psychologist Barbara Fredrickson.
– But we need more than just dreams?we need to persistently practice the necessary skills to make those dreams real. Each minute of practice builds your dream-come-true.
– Experts have 50,000 chunks of info units they can readily recognize, says Nobel laureate Herbert Simon (as cited in Goleman). That means, you need a lot of instant-recall brain-candy?acquired through a lot of practice?to be the top in your academic field.

And in ten-year’s time, you too could gather 50,000 chunks of expertise. So, dream up your ten-year plan to master your goals. don’t be slow and weak at eight; be rich and fit at ninety.

From Where I Sit – No Small Feat 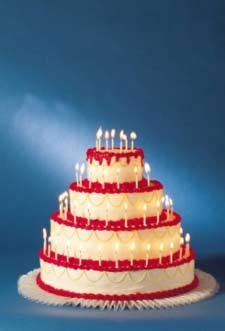